The Case for Prequalifying Contractors and Suppliers

Accidents happen every day and, according to current statistics, human error is behind more than 85% of them. For every 300 near misses, there are on average 29 minor injuries and one serious injury or fatality (see Why Safety Programs Fail to learn more about the safety pyramid).

Many companies have implemented a strong internal safety program and some have even created a culture of safety. Their losses are lower than the average, which, of course, brings the averages down. All in all, it's a good thing.

The problem comes when they introduce outside contractors.

Since outside contractors are not part of your organization, the question becomes "What additional risk, if any, do they introduce into your company’s work environment?"

Smart risk and safety managers should be wondering about potential serious consequences:

Why Some Companies Don't Prequalify

Companies that aren’t prequalifying their contractors generally fall into one of two camps.

The first group feels that safety is the responsibility of the contractor. This is most often the case when new construction is taking place.

That approach, however, doesn’t meet ANSI or OSHA standards. In fact, we know of one company that delegated all the responsibility for safety on the construction site to their general contractor. Unfortunately, there was a fatality and when OSHA investigated they fined not only the general contractor but also the owners who had hired them. They stated that it was the company’s project, that it happened on company property, and that the owners had a duty to ensure that everyone on the project followed proper safety protocols (see Third Party Negligence in Slip and Fall Accidents to learn more about liability issues).

The second group feels that they “know” their contractors because they have worked with them before. And, as such, there is no need to look any further.

One ethanol producer we know felt the same way. Unfortunately, a contractor who worked for them sent a new employee to their facility with no safety training. He fell through a grate onto the conveyor that led to the hammer mill. Fortunately, he was large enough that he got jammed in the system. During the rescue, however, the ethanol company’s employees pulled on both of his arms, dislocating both shoulders and doing permanent damage.

As the ambulance drove away, they called the contractor to suggest he get in touch with his insurance agent. That was when they learned that he had let his insurance lapse. As you might guess, the employee’s attorney sued everyone and it took three and a half years in court to resolve the case. The ethanol company’s insurance covered all but their deductible, but the lost time, damage to their reputation, and increased insurance costs were significant.

Losses caused by outside contractors or suppliers are bound to happen. The real question is "How can you minimize the impact to your organization?"

Companies often set up standards that any contractor who is going to work at their facilities must meet. Those standards almost always include a given level of insurance coverage and some documentation of safety programs; policies; and, most importantly, safety history. The problem is that the task of gathering that information is often disseminated among different departments and even different facilities.

To compound the problem, the various tasks are typically a part-time job function of the individuals charged with gathering the information. Unfortunately, this is where the process breaks down. As a part-time task, it receives all the efficiency and accuracy of a part-time effort.

Moreover, if the tasks are distributed among various departments and facilities, the usual result is disconnected silos of data and work flow with no central location where the information is accessible to those who need it.

The common belief is that there is a system in place, so any contractor performing work has been vetted and meets all the standards. The reality is usually quite different. Audits of these systems typically find that a large percentage (sometimes as high as 70%) are out of compliance with one or more of the standards. Frequently, critical documents like certificates of insurance have expired or the minimum coverage and required endorsements aren’t in place.

If you want an internal system, it should be housed in one location and have a minimum of two employees trained who can gather, update, and determine the status of each contractor. Hopefully, the system will be online and available to employees who need the information when they need it.

Using a third-party company to prequalify contractors can solve many of the challenges of an internal system. Some of the benefits of employing a third party are:

A third-party solution is often preferable, since prequalifying is typically not a core competency of the company that needs it. Employees usually welcome a relief from the nightmare of trying to obtain, update, and review all the information required. 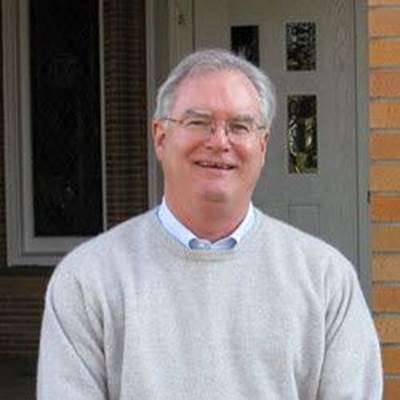 Pete Wiggins worked for over twenty years helping to develop and lead a network of 90+ remodeling franchises serving 30 states, the U.K., Canada and Japan. Trading as Archadeck®, it was the leading organization in its market segment and received recognition as among Remodeling magazine’s Top 50, Entrepreneur magazine’s Top 100 home-based franchises, and Inc. magazine’ 500 fastest growing private companies.
Follow:

3 Must Haves for Reducing Contractor Risks

How Online Safety Orientations Can Benefit You

How to Effectively Manage a Sub-Contractor Safety Advisor

6 Ways to Minimize Your Risks When Hiring a Contractor