Establishing negligence in a slip and fall personal injury case on a construction work site is not as cut and dry as people may think.

Recent data from the Bureau of Labor Statistics shows that 887 workers died in falls in 2017, a number that has continued to grwo since the agency started tracking these fatalities almost 30 years ago. The deaths represented 17% of all workplace fatalities that year. In construction, that rate is much higher, representing 40% of workplace deaths, according to OSHA.

On a construction work site, there are several factors that can make walking hazardous. However, when it comes to filing a personal injury case against a responsible party after a worker or pedestrian falls on a work site, it's important to understand the process of establishing negligence. Is the property owner responsible, or the project manager?

What Is a Third Party?

In legal terms, a third party is someone or some entity that is not directly involved in an event. In this instance, the project manager would be the first party and the person injured would be the second party. That leaves the property owner to be the third party because, in most cases, they were not around when the work site accident took place.

Furthermore, the property owner had nothing to do with the conditions created by the construction company. Nevertheless, third parties are not always entirely absolved of responsibility. When establishing negligence in a personal injury case, it's important to look at every angle to find out whether the third party was responsible for ensuring the safety of the worker.

A big factor in establishing negligence when a third party is involved is something called foreseeability. Lawyers and courts often use the word "reasonable" when it comes to establishing negligence in a slip and fall case, and the word "reasonable" gets teamed up with foreseeability to try and determine whether or not a third party was involved. If it isn't reasonable to expect the property owner to foresee the issues that caused a slip and fall accident, then the property owner would not be considered negligent.

For example, if a construction company is working in the winter on a job site and a worker slips and falls on a patch of ice near the receiving area, then it is reasonable to think that the property owner could not have foreseen that accident happening. In this instance, the project manager and the construction company would be held liable for the slip and fall accident without the third party being involved at all.

For example, if the construction fence does not enclose the pedestrian sidewalk outside of the building and someone slips on the ice on that sidewalk, then the property owner could be considered liable for that accident. The only time this would not be the case is if the contract states that the contractor is responsible for keeping the sidewalks free of ice.

Establishing negligence in a slip and fall personal injury case on a construction work site is not as cut and dry as people may think. If the property owner forbids the contractor from being on certain parts of the property, then the property owner would be responsible for any slip and fall accidents that would occur in those areas. The best recourse for anyone who is injured in a slip and fall accident on a construction work site is to get in touch with an experienced lawyer to make sure that they file their personal injury case against the right party. 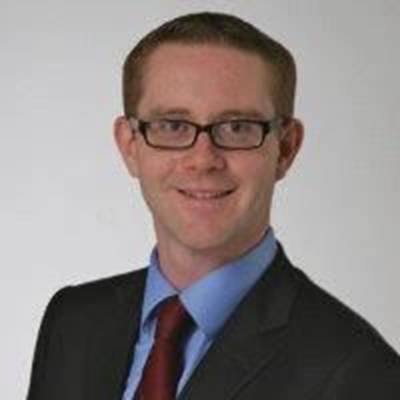 Laurence Banville. Esq is the managing partner and face of Banville Law. Laurence is licensed to practice law in the state of New York. Originally from Ireland Banville moved to the United States of America where he worked at law firms, refining his litigation and brief writing crafts. He is also the recipient of the Irish Legal 100 and the Top 40 Under 40 awards.

What Can the Latest Statistics Tell Us About Slip, Trip, and Fall Prevention

How to Deal with Spills in Your Facility