What Does Fire Hazards Mean?

Fire hazards are workplace hazards that either involve the presence of a flame, increase the probability that an uncontrolled fire will occur, or increase the severity of a fire should one occur.

Fire hazards are a broad category. It includes anything which impedes the function of fire protection material or equipment, as well as anything that inhibits fire safe behavior. For instance, an obstruction which impedes safe evacuation and a malfunctioning sprinkler system would both be considered fire hazards. This is because a facility's level of risk factors in both the probability that a fire will occur and the severity of the potential harm that could be caused by a fire if it did occur.

Our understanding of what counts as a fire hazard has changed over time—in general, societies around the world have become less tolerant of fire risks, and as such, far more conditions are seen as being hazardous or unsafe. Taking this into account, a “fire hazard” can thus be understood as anything which significantly increases the likelihood of a fire occurring, intensifies a fire’s spread, or increases the potential harm a fire could cause.

Because the amount of hazard (risk) that is created by an individual item is dependent on the environment which it exists within, fire hazards are typically analyzed from a “whole-workplace” or “whole-building” perspective. These risk assessments, which are often legally required, are referred to as Fire Hazard Analyses (FHA) or Fire Risk Assessments (FRA).

An FHA is a type of engineering analysis that is designed to describe the risk of fire present in an environment in both qualitative (descriptive) and quantitative (numeric) terms. The FHA considers the severity of hazards in the area by evaluating the total risk of hazards in a given area. An FHA can be risk-based and hazard-based—the former considers the likelihood of a given scenario occurring, while the hazard-based model is solely concerned with what could happen, regardless of probability.

The complexity of a fire hazard assessment can vary significantly. In very low-risk workplaces a fire hazard assessment may be conducted by non-experts as part of a general hazard analysis. In contrast, at high risk workplaces—such as industrial facilities—it may be necessary to conduct a formal FHA that makes use of sophisticated calculations that require a great deal of computing power to execute.

Hazardous substances that increase the risk of fire can be considered with respect to the Fire Triangle—a model of the three conditions that are necessary to start a fire (fuel, an ignition source, and oxygen). A fire hazard is typically something that will either act as fuel or as an ignition source.

Numerous OSHA standards are in place to address fire hazards. They include standards for hazard communication, safe storage, fire suppression systems, personal protective equipment, planning, training, and more. There are also specific hazard standards for industries such as construction, shipyard work, and mining. Beyond these standards, OHS authorities also rely heavily on the National Fire Protection Association (NFPA) when determining whether an employer’s fire safety efforts are adequate.

Some aspects of fire safety have been standardized internationally. For example, OSHA’s hazard communication standards draw upon the United Nations Globally Harmonized System for Classification and Labelling of Chemicals (GHS). The GHS system which ensures that workers only ever have to be able to recognize one symbol to understand whether or not a chemical is a fire hazard, regardless of the country that chemical is sourced from. 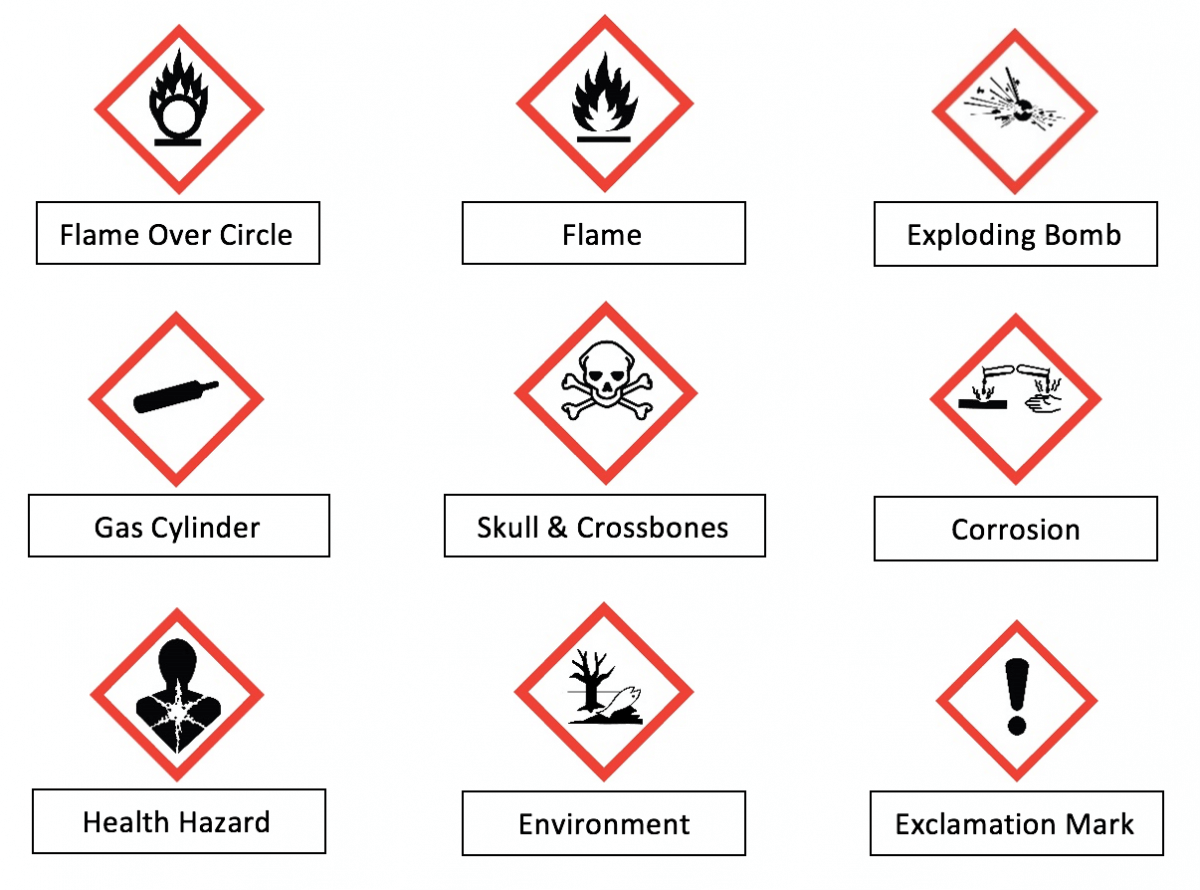 The building standards and other safety regulations which address fire hazards have become stricter over time. Construction methods which were once acceptable due to low flammability may not be anymore due to recognition of the harm that could occur if a fire breaks out. This recognition often occurs due to a tragedy, such as the Triangle Shirtwaist Fire (an occupational fire) and Grenfell Tower Fire (a residential fire).

The history of occupational fire hazards causing significant damage is very old. The Great Fire of Rome (67 CE) started in the shops of merchants who sold “flammable goods” near the Circus Maximus, while the Great Fire of London (1666 CE) was started in a bakery, within a merchants district that held oil, pitch, tar, coal, tallow, fats, sugar, alcohol, turpentine, and gunpowder.

As with other cases, the Great Fire of London led to situations that were previously acceptable (e.g., London’s reliance on wooden construction) being re-classified as hazardous.