8 Things Your Boss Wishes You Knew About Safety Change

A strong safety culture doesn't build itself. It takes leadership and a conscious and well-managed shift in mindset, attitudes, and behavior.

Creating an appetite for safety change within an organization is like guerrilla warfare: long, arduous, drawn out, in hostile conditions, with no decisive victory!

So, here is a little adaption of Kotter's Penguins to keep us from "letting up."

Create a Sense of Urgency

Help others see the need for change and the importance of acting immediately. If asked today, what percentage of your work group, including managers would agree that there is a major problem or missed opportunity? Despite all your efforts is your work group mostly concerned with “today’s production” or is it brutally clear to enough people that you must change?

Make sure there is a powerful group guiding the change – one with leadership skills, credibility, communications ability, authority, analytical skills, and a sense of urgency.

Does your guiding team work together well or do you need to go for a “game plan day?"

Develop the Change Vision and Strategy

Clarify how the future will be different from the past, and how you can make the future a reality.

Is our change strategy a set of simple enough logical steps of how this future can be created, so that it has a chance to be understood and remembered by our work mates?

Communicate for Understanding and Buy In

Make sure as many others as possible understand and accept the vision and the strategy.

Who are your evangelists? Do you have enough employees working on it? Where else can you put communications, so that the work groups cannot ignore them, even if they are annoyed?

Empower Others to Act

Remove as many barriers as possible so that those who want to make the vision a reality can do so.

Where are the leaders? Do we have enough capable leaders that volunteer? Who else would be thrilled by the challenge?

Now that change becomes real and obstacles build up, is there something that sucks confidence and attention away from our vision and strategy?

Create some visible, unambiguous successes as soon as possible.

Have we planned for the leader's successes – something safe and not too demanding to win? Is there enough support for them to win?

Have we communicated that everyone can help? Have we thought of publicly recognizing the contributions of our change heroes – the leaders and the workers who stick their necks out?

(Find out How to Build an HSE Incentive Program that Works.)

Press harder and faster after the first successes. Be relentless with initiating change after change until the vision is a reality.

Have we raised the bar enough for our second-wave leaders? Which meetings and other routines are irrelevant and can be eliminated to avoid exhausting ourselves along the way? What else can we do to keep up momentum?

Hold on to the new ways of behaving, and make sure they succeed, until they become strong enough to replace old traditions.

What is the equivalent of teaching in your workplace? What else can we do to ensure that people act in the new way despite the pull of tradition? How do you pass on the story of change to the next generation? 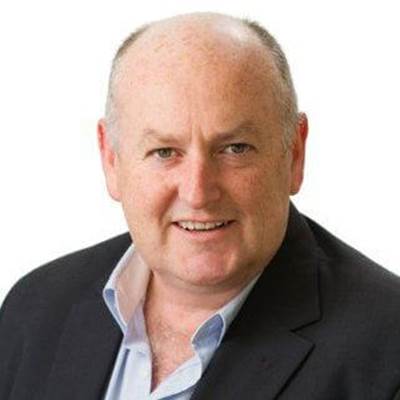 Why It's Important To Know Your Workers' Attitudes Toward Safety