How well you use your safety data matters more than how much of it you capture.

The 1987 film Wall Street depicts a business mogul, Gordon Gekko (played by Michael Douglas), who makes a fortune playing the stock market using insider information before ultimately being arrested for his crimes. In a pivotal scene, Gekko tells his protégé Bud Fox (Charlie Sheen), “The most valuable commodity I know of is information.”

Gekko’s investment strategy may have been both unethical and illegal, but this piece of advice is sound an applies to every industry. In the world of safety, information can be used to not only save money, but to save lives.

Safety in the New Information Age

We are living in a new era of safety, where safety data is being captured at an unprecedented rate. But it's how we organize, analyze, and use this data that makes all the difference.

Simply collecting this information, however, is not enough. Effective safety managers go one step further. They take the safety data they capture, analyze it, and use it to make improvements in their protocols and procedures that take their program to the next level.

Data-driven decisions for overall safety program improvements can range from simple to elaborate.

Do 60% of your recordable injuries take place on Fridays? Move your weekly safety meetings to Friday or add an extra meeting on Friday to keep safety on the forefront of everyone’s mind.

Have you identified that one supervisor who is responsible for the areas where incidents keep occurring? Change up supervisor responsibilities to find out whether the issue is personnel-based.

The value gained from gathered safety data is entirely dependent on how it is used to transform existing flaws in the overall safety program.

One problem that many companies face in gleaning valuable metrics from their safety data is a lack of communication.

For instance, if a company uses one technology to capture inspections and another for logging incidents, they may never recognize that their recordable incidents are occurring at twice the rate in locations where inspections are performed half as frequently.

Leaving safety data in isolated silos is a surefire way to waste much of its potential. Where possible, using comprehensive safety management systems is recommended.

Get the Most Out of Your Data

Imagine having an incredibly valuable tool at your fingertips but not knowing how to use it. This is the position many companies across the U.S. are currently in, and they don’t even realize it.

Safety data is being captured at an expeditious rate, but once it's collected, it is largely ignored, forgotten about, or saved in isolated systems and its value is lost. If a company can apply the right tools and employ the right personnel to analyze and pivot accordingly, safety data can be an absolute game changer for that company's growth and profitability. 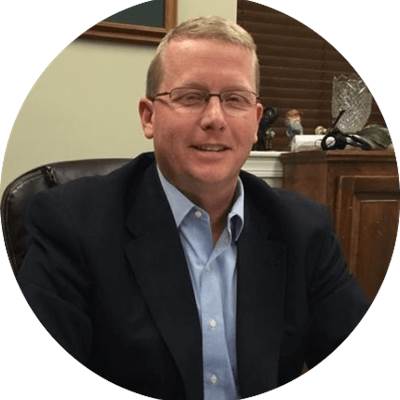 Rob Cowden is the Chief Innovation Officer at Safety Plus, Inc. He holds a degree in Environmental
Science with an emphasis on Hazardous Material Management and spent years serving in the Army and
National Guard. Rob has been in the Safety Industry since 1990 and has been with Safety Plus since
1999. Rob was the chief architect behind the design of SafetyPlusWeb™, Safety Plus Inc’s proprietary
safety management software that is used by over 400 companies across the United States. Rob has held
multiple certifications in safety/environmental fields and has been a Guest Lecturer at several safety
consulting events in the last 5 years – most significantly dealing with technology applications in
construction. He is the father of 3 awesome children (Jake, Brooklyn, & Savannah) and husband to his
smoking-hot wife, Christie.

More from Safety Plus Inc.

10 Reasons to Contest an OSHA Citation

12 Things to Do During an OSHA Investigation

The 6 Key Elements of an Effective Safety Program

Reimagining Contractor Qualification: How CQ Programs Can Better Ensure Compliance Down to the Employee Level