The Dangers of Gas in a Confined Space

Dangerous gases and confined spaces are a dangerous mix. It can take only a few seconds for workers to succumb to a hazardous atmosphere, so there's no room for learning as you go.

Because of their nature, confined spaces often have a very different atmosphere than the one you'll find in a location designed for human comfort. Deadly gases can be trapped inside, organic material might decompose and release toxic fumes, and chemical reactions like rusting might crowd out the oxygen workers need to breathe safely.

Here’s the good news: when managed properly, workers can be protected against the harmful – and often fatal – effects of working in confined spaces. But it’s a team effort, and members at every level of the organizational must be involved in maintaining a safe work environment.

Atmospheric Hazards: What Are They?

There are three key types of atmospheres that pose a serious risk to confined space workers:

Flammable gases in a confined space can cause explosions, which can severely injure or kill workers. Flammable gas sources include:

Combine flammable gas with oxygen and add any kind of spark to the mix and you've got a recipe for disaster. Even if workers are not planning on repairing electrical equipment, sparks could still be a byproduct of using their tools while carrying out their regular work.

Toxic atmospheres are created when poisonous gases are present in the workspace. Since these gases are often colorless and odorless, they can be impossible to detect with our five senses. Workers who are exposed to high enough levels for lengthy periods can become ill, and some gases can even be fatal.

Many industrial products contain volatile organic compounds (VOCs). Proper ventilation is critical for any work areas in which these chemicals will be used.

Common sources of toxic gas include:

Oxygen-deficient atmospheres are those that contain less than 19.5 percent oxygen. Breathing this air can cause workers to lose judgment, coordination, and consciousness. In extreme cases, it can cause suffocation and death.

Oxygen depletion can occur in a variety of ways, depending on the type of confined space. Often, it involves displacement. In spaces such as holes and pits, gases that are heavier than air gravitate to the bottom and push the oxygen above.

Conversely, in elevated spaces like a shaft or at ceiling level, suffocation can occur when gases that are lighter than air rise to the top of the space and push the oxygen below the workers’ area.

Oxygen can also be used up by rusting metal, combustion, or bacteria-digesting sewage.

Several gases are frequently found in confined spaces and should be included in any effective confined space gas monitoring program.

Oxygen can be harmful to confined space workers in two ways: deficiency and excess. OSHA sets lower and upper thresholds for oxygen in the air that workers breathe and offers insight into the serious (and quick) impact that a lack of oxygen can have:

Oxygen enriched atmospheres can be just as harmful. At levels of about 21 percent, flammable and combustible materials can burn violently when ignited. Levels above 23.5 percent can be fatal.

Hydrogen sulfide, also known as sewer gas, is highly flammable. It's often the product of decaying organic matter and, while it is colorless and can't be seen, it has a telltale rotten egg smell. The effects on the worker depend on how much of it they breathe in and for how long, but exposure to high concentrations can quickly lead to death.

Since hydrogen sulfide is heavier than air, workers in recessed confined spaces like pits and storage tanks are most at risk. Those operating in sewers, manholes, and agricultural spaces should ensure their gas detector is in good shape and can accurately detect this poisonous gas.

Carbon monoxide is the single most common cause of fatal occupational gas poisoning. Since it’s odorless and colorless, it is impossible to detect without a gas detector and is particularly dangerous in confined or poorly ventilated spaces.

Carbon monoxide is produced by incomplete combustion, which makes it common in industrial environments where heavy propane or gas powered equipment like furnaces, vehicles, heaters, and boilers are running.

A Safe Rescue Is a Planned Rescue

It’s estimated that up to two thirds of would-be rescuers become victims. In light of this, employers need to spend time developing, reviewing, and rehearsing sound confined space rescue procedures. While it’s natural to want to rush to the side of a colleague in need, entering a hazardous atmosphere unprepared can worsen the situation and create secondary victims.

Employers should make sure they have at least one employee on site who is trained in first aid and CPR. All members of the rescue team should be trained to properly use the required PPE and rescue equipment. Since even trained rescuers have been injured or died while attempting confined space rescues, holding simulated emergency drills on a regular basis is highly advised.

(Learn about CPR Certification: Why You Need It, How to Get It.)

Monitoring for Gas in Confined Spaces

OSHA mandates a test of the internal atmosphere of a confined space with a calibrated direct-reading instrument before entry. The atmosphere should be tested for oxygen content, flammable gases and vapors, and potential toxic air contaminants – in that order. Unless the employer can confirm that periodic monitoring is sufficient, the atmosphere must be continuously monitored while the space is occupied. In either case, it must be re-tested prior to every entry.

Portable gas monitoring equipment for confined spaces must have, at a minimum, sensors for:

Using gas monitors in confined spaces will help you stay compliant and avoid fines that can be as high as $126,749 per violation. Investing in proper gas monitoring equipment and practicing safe confined space procedures makes good financial sense. But it's real value is that it might just save lives. 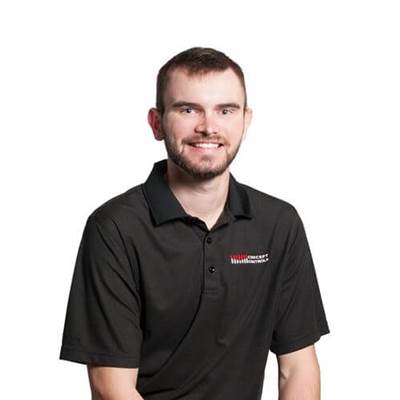 Josh Thacker is one of Concept Controls Technical sales specialists, managing the GTA and Northern and Eastern Ontario.