What types of gas should I watch out for when working in a confined space?

Due to their nature, confined spaces are inherently dangerous areas to work in. Potential risks in confined spaces are numerous and include fire hazards, noise, equipment hazards, radiation, temperature extremes, flooding, engulfment, and visibility. But perhaps none is more common than gas hazards.

Each confined space has its own set of risks (read more in Working in Confined Spaces? You Need the Right Training), so it’s important to conduct a thorough assessment to figure out which specific gases you need to monitor for. Several gases are commonly found in confined spaces, however, and should definitely be included in your gas-monitoring program.

Oxygen, while necessary to breathe, can be harmful to confined space workers if there is too much or too little. The minimum acceptable oxygen level set by OSHA is 19.5 percent. Workers in atmospheres with 15-19 percent oxygen will experience a decreased ability to work strenuously and impaired coordination. Areas with even less oxygen can have numerous and severe effects on workers including:

Hydrogen sulfide is colorless but identifiable by its rotten egg smell. Often the result of decaying organic matter, H2S is highly flammable. Effects vary depending on exposure, but high concentrations can quickly lead to death. Hydrogen sulfide is heavier than air and is a particular concern for workers in recessed confined spaces like pits and storage tanks. Anyone working in sewers, manholes, and agricultural spaces must manage their risk by monitoring for this poisonous gas.

Carbon monoxide is often known as the silent killer (read on in Carbon Monoxide: The Silent Killer). Odorless and colorless, CO requires a gas monitor for detection and is particularly dangerous for workers in confined or poorly ventilated spaces. Carbon monoxide is common in industrial environments where heavy propane or gas powered equipment like furnaces, vehicles, heaters, and boilers are running.

Choosing the right gas detector is critical to ensuring the safety of workers. There are two types of detectors:

I recommend a multi-gas detector as it allows workers to monitor for harmful gases that may be in the confined space, even if they aren’t expected. The detector you select should have sensors for:

When it comes to atmospheric hazards, it’s best to be overly cautious. Identify your risk factors, invest in training and equipment to manage them, and rest assured knowing that your workers are safe. 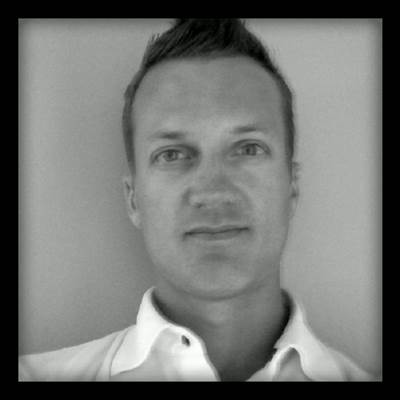 Please check out my Professional Profile here. This is where you can see all the other content I've written.

I moved from Saskatoon to Edmonton in 1997 for an education and what I thought would be a quick pit stop on route to a life golfing in Kelowna. Priorities changed when I met my beautiful wife of 16 years, and proceeded to have 2 incredible children.

What also changed is my desire to succeed in the business world. I now have over 13 years in the very dynamic industry of outside sales. I have learned both in my personal and professional life that honesty, integrity, and patience are extremely important to have sustained success. I am a consultant who is focused primarily on making my clients job as painless as possible by helping them find solutions that best fits their organization.

The Dangers of Gas in a Confined Space