Gas Detection - Some Jobs Couldn't Be Done without It

Gas detection equipment is an important item of PPE in many professions.

How do you handle a threat that you can’t see, smell, touch, hear, or taste?

Few people realize how many workers are exposed to dangerous gases. Even fewer know that gas detectors are an essential tool for firefighters or anyone whose work involves entering confined spaces.

So, let's have a look at gas detectors. Why are they so important? And what exactly do they do?

From Fires to Close Quarters, Gas Detectors Save Lives

Toxic gases can cause symptoms that may not even appear until well after the exposure. Gas exposure may lead to headaches, nausea, skin irritations, and even cancer. It’s not a risk we should be willing to take. But who, exactly, is at risk?

Many different professions are at risk, including firefighters and industrial, construction, utilities, and municipal workers.

While many jobs involve harmful gases, industrial workers and firefighters top the list.

Fires are a major source of carbon monoxide (CO) production. Since it is a colorless and odorless gas, firefighters must be aware of the CO levels in an area before they run into a situation unprepared. And it's not just gases produced from fires that are an issue. Firefighters can be called to the scene even when there is no fire involved.

Following recent natural disasters, firefighters played an instrumental role in rescuing people trapped in a variety of situations. Any of these situations could have involved exposure to dangerous gases. Using gas detectors before entering a scene allows firefighters to identify invisible risks. That way they can take appropriate precautions so they do not end up in trouble as well.

Consider, for example, the dangers that utility workers face. They might respond to a call about a sewer backup. As they climb down to investigate, they become overwhelmed by sewer gas. And it could happen before they even realize what's happening. It only takes a few seconds to succumb to gas exposure. Knowing what you're dealing with before entering a confined space is critical.

The Basics of Gas Detection

Since the early days of mining, we have understood the risk posed by invisible gases when working underground. The threat is still there, but we've come a long way from relying on canaries to alert us to the presence of a harmful gas.

The basic idea behind gas detection seems simple enough. Is there enough gas present to trigger a response in the gas detector? Obviously, there's a lot more involved. Gas detectors can use several different reactions to determine the presence of toxic gases.

Not all gas detectors are created equal. Why would they be when they serve different purposes? A detector that is designed to identify one gas may be useless for detecting another.

Industrial workers will often have a good idea of what gases they're likely to encounter on a given site. When that's the case, they can use single-gas meters geared for those specific gases.

But what happens if they are likely to encounter more than one type of gas? Do they carry two, three, or even four different gas detectors with them? In most situations, that isn't practical.

Multi-meters detect the presence of gases in an area before workers enter the site. They gauge the air quality and allow teams to properly vent the space before ever entering.

Multi-meters also detect the lack of oxygen, or too much oxygen, and detect explosive and toxic gases.

Teams should not enter the space until they determine the atmosphere is safe. They must also monitor levels to ensure that the workers remain safe while working.

Mobile gas detectors provide an extra level of protection for lone workers. They allow supervisor to monitor lone workers via two-way voice radios. They can also make use of gas monitoring and location technology. These features are a huge step forward in lone worker gas safety.

Of course, no device is a substitute for proper safety training. All workers need to understand the toxic gas risks they could face on the job. They also need to know the proper way to use their equipment.

Keeping Up with Your Gas Detectors

Maintaining gas detectors ensures they will function as intended. If a device is not calibrated, it may fail to alert workers in time. By the time they learn that toxic gases are present in dangerous levels – it may be too late.

Calibration is a way to ensure that the device gives accurate measurements. To calibrate a gas detector, expose the sensor to a specific concentration of a target gas. If that sensor's response matches the concentration of the target gas, then it is working as it should.

Otherwise, it is giving an inaccurate reading and needs to be recalibrated. Even well-functioning gas detectors need calibration on a regular basis. Follow the manufacturer's guidelines to know how often you should calibrate your device.

And keep a record. Every workplace needs to keep this information to identify and replace problem devices.

There are three types of tests and checks involved in maintaining a gas detector:

OSHA specifies that testing and calibrating should be done by trained individuals. Moreover, all workers using gas detecting devices should be trained before using them.

The safety of workers is crucial, especially when the threat is invisible. Firefighters and industrial workers both already know the importance of having a gas detector. But it's important that they also have well-maintained devices and know how to use them. Make sure you have proper training and a good calibration schedule in place. It's the only way these workers can get the most out of their PPE. 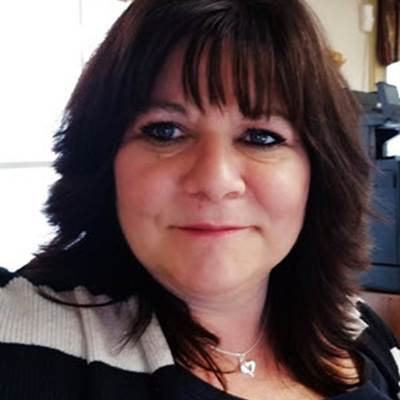 My name is Erin Flannery and I am a third-generation Owner and Vice President of B-Lann Equipment.

My grandfather and grandmother started this business many years ago. My grandfather was the captain of the fire department right here in Troy NY. In order to supplement their income, they would fill fire extinguishers at night and on the weekend—right from their kitchen table.

It’s always been a true family business. My father, uncle and aunt all worked here over the years. As they were getting ready to move on to the next phase of their lives
(retirement), my cousin and I stepped in to take over.