Workplace Bullying: An Act of War Threatening the Health and Safety of Your Employees

Workplace bullying can have serious health and safety implications. Employers and safety professionals should treat it as a serious hazard and respond accordingly.

The call for help arrived in a text message from a former client:

The problem started up again. I can’t eat, I can’t sleep and I’m anxious every time I go to work. Yesterday I was yelled at in front of the whole team and told I was incompetent. The HR manager says he talked to the offending party and there’s nothing else he can do. I just have to try to get along with her better. My co-workers have turned against me because of the lies she spread about me.

What this text described was workplace bullying, which is defined as repeated mistreatment; abusive conduct that is threatening, humiliating, or intimidating; work sabotage; or verbal abuse.

Shortly after my former client sent that text, she opted for a leave of absence and took a major loss in wages. While her experience may sound extreme, it is certainly not rare. 48% of Americans in the workforce have either experienced bullying or know someone who has. 61% of victims of bullying leave their jobs, while only 18% of bullies are forced to leave theirs.

For the organizations where these incidents occur, the financial cost of retraining new hires is only scratching the surface of the deep impacts this issue has on the workplace. For instance, a survey conducted by VitalSmarts found that one in five targets remaining in their jobs spends approximately seven hours a week creating “dysfunctional workarounds” to avoid dealing with the bully. According to David Maxfield, vice president of research for VitalSmarts, this translates to an organizational bleed of $8,800 per year for that employee’s dysfunction. However, the most salient cost of workplace bullying may be the mental health risk it presents to the victim and its resulting safety risk to the entire organization.

In 2012, the Workplace Bullying Institute (WBI) conducted a survey, capturing health outcomes of 516 respondents victimized by bullies at their place of employment. Remarkably, 49% of respondents reported being diagnosed with either Post Traumatic Stress Disorder (30%) or Acute Stress Disorder (19%) during or after the bullying occurred. These two diagnoses are common in the aftermath of war, violence, or a comparable life threatening experience. In addition, nearly 83% reported multiple symptoms common in PTSD, such as anxiety, panic attacks, hyper-vigilance, intrusive thoughts, and dissociation.

The survey results should be a wake-up call to both human resource departments and safety management in every industry where human capital steers the ship. The symptomology accompanying PTSD puts workers at higher risk for workplace accidents simply because their problem-solving skills, their creativity, and their attention to their work have been replaced by the need to organize their thoughts around surviving the day and avoiding interactions with the bully.

Survival is the operative word here – features of bullying are akin to psychological warfare. Psychological warfare is the use of propaganda, threats, and other psychological techniques to mislead, intimidate, demoralize, or otherwise influence the thinking or behavior of an opponent. In a very real sense, the bully is engaging in a propaganda war against their opponent, often trivializing or vilifying the victim to the other employees in the department, which, for the victim, ultimately results in isolation, loss of support, and loss of credibility.

In an instant poll conducted by WBI, 666 respondents (a combination of victims and witnesses) reported that 71% of all victims are never believed, 9% are initially believed, and another 20% were believed only until the bully told their account. Moreover, 72% of employers deny, discount, encourage, rationalize, or defend the bullying behavior.

These numbers tell a story of victimization, not just by the bully but also by the organization they work for. When the victim attempts to enlist help from management and the response is “There's not much we can do about personality issues. Just try to get along,” the organization is complicit in the abuse. Management that holds the attitude that this is “just personality clashes” mistakenly believes that bullying is a power-neutral interaction between two employees. It isn’t. It is an act of domination.

When conceptualizing bullies, the childhood schoolyard bully often comes to mind. However, in cases of workplace bullying, physical bullying tactics have given way to mental games and subtle messages that carry with them the implication of a threat rather than an explicit one. Often the target is highly creative, has a higher level of competence than the bully, and is perceived as a career threat to the bully.

When it relates to position power, the majority (56%) of bullies are their targets' bosses rather than just their co-workers. Men are more likely to bully than women, with the rate of 69% male bullies to 31% female bullies. However, women who bully are bullying other women in 68% of the cases. Men bully female targets in 57% of reported cases and bully male targets in 43% of reported cases.

Why It’s Essential to Intervene

Even if the bully is not their boss and has no position power over the victim, the systematic erosion of reputation disempowers and depreciates the victim as a valued team member. Unless human resources are savvy to the psychological tactics the bully has initiated, they’ll regard the situation as an interpersonal conflict rather than abuse and will be negligent in their inaction. This not only leaves the organization open to lawsuits, it also erodes a culture of collaboration, creativity, and safety.

Seven Actions to Protect the Work Culture from Bullying Behaviors

Is There a Bully in Your Workplace?

Here is a list of bullying behaviors to be aware of: 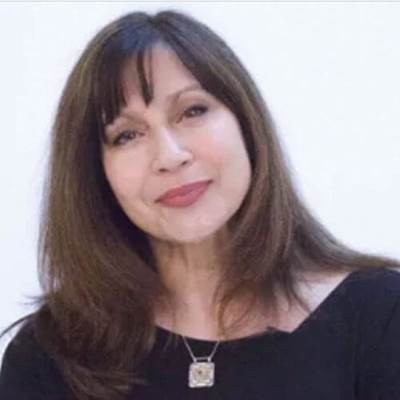 Charlotte DiBartolomeo, M.A.C.T. is CEO and founder of Red Kite Project, a resilience-building firm training and consulting within high-pressure industries to mitigate the impact of burnout. DiBartolomeo is also a faculty member at Drexel University, where she developed and teaches Trauma Informed Care in the Department of Behavioral Health Counseling.

Violence in the Workplace: Recognize the Risk and Take Action

How to Reduce and Manage Workplace Stress

Why Your Whistleblower Policy Is Important for Your Safety Culture