What Got You into Safety?

We asked safety professionals, "What got you into safety?"

Every safety professional is dedicated to protecting the health, limbs, and lives of workers. But not all of them found that calling in the same way. We are fascinated by these safety superhero origin stories. We want to know what got people into safety in the first place. So, we asked some professionals in the occupational health and safety field to share their stories with us.

A Desire to Help

Originally, my career path was to be a nurse – an LPN. It was more paperwork. I thought I was going to be helping people a little bit more.

So, I went back to my nursing instructor and told her, "I think I made the wrong decision as far as a career." She said, "Have you ever tried human resources?"

So, I started in human resource and got my PhR and in doing that, I fell into safety somehow but I started getting that gratification of being there for people, helping people, making a difference doing something.

A Passion for Engagement

Right out of college, I started in a quality role and I was doing a lot of training. They saw and liked how I did the training and how I was talking to everybody and was engaging everyone. And they asked me, "So do you want to be in safety, as well"? I have been in safety on and off ever since. If you've got somebody that just knows everything, they can be so dry that nobody wants to listen to them. That's what I wanted to do; I wanted to get people engaged.

Moving from Reactive to Proactive Safety

I was a full-time firefighter for 11 years. And I had a buddy of mine that transitioned over to safety and I went and shadowed one of his projects and I enjoyed the proactive side versus the reactive side.

When you respond to calls and you're digging people out of trenches, that's the reactive side. But how do you keep people from getting into that position? Making sure that you have the right trench boxes, that's proactive.

So, I went and got my masters.

Safety Principles in the Military

On a deployment, our CEO at the time was a safety director for a nuclear power plant, and he implemented behavior-based safety in the middle of the dessert for our Wolverine unit during combat. It was so interesting and he appointed me as one of the safety representatives. When I got out, I actually used the experience that I had in safety in the military to apply for a company, and got the first one right out of the gate.

Right Place at the Right Time

I went to school for meteorology and religion. Out of school, I was looking for a job and I got one in industrial hygiene, for five and a half years. After that, I got laid off and then found a job close to my boyfriend's house at the time. I thought, Hey, this is close," and it just so happened to be in safety. And I have been there for three and a half years. I realized that I actually enjoy safety. The training is a lot of fun.

Having an Effect on People's Lives

I was looking for a group that would make a difference somehow. I was surrounded by the blue-collar type of thing, and even though it didn’t require safety degrees at the time, it was a way to get into something that I could affect other people's lives.

I worked in aircraft maintenance for about six years. One day, out on an air force base, the wind-chill was at -40 or so. It’s icy and the wind is howling at about 45 miles an hour. We had to get the aircraft off the ground. They said, "Get it off the ground. I don’t care how you do it – do it."

So, we get on the universal maintenance stand, things just rocking back and forth on the tail of the B1. I had my fall protection on – thank God – and I am strapped to the universal maintenance stand. I got out to the tail, started doing my work, and I slipped and busted my face on the tail of the aircraft and I slide off and fall. Harness catches me, but if you have never had a full-on fall from a harness, it hurts a lot because of where the straps are located.

So, I am hanging down there, dazed and blood's running from my nose. My two young airmen bring me up onto the platform and I say, "We're done. We're done doing work for the night. I don’t care how much trouble I get in." We lower the stand and we pack it up.

Shortly after that, I basically put in my retrain package to safety, because I said "I can’t do this anymore." The fact that I was out there and it was allowed and encouraged – I have to put a stop to that. I have to do something.

Survival. I think it was about survival. I realized a few years ago that I am a little bit too crazy and wouldn't live much longer if I kept going like I was going. So, I thought that I’d better focus myself on safety. Then I started being more interested in safety.

That’s essentially what it was. You get injured a couple times at work because of the dumb things you do, and you realize that you've got to change your focus. And that focus became safety.

Stepping Up to the Plate

One day we were having what is called a Safety Stand Down. That’s where several departments are convened and the area managers, division managers, sort of tell everyone about the accidents that have happened in the previous month and the year. The area manager approached me and asked me if I wanted to be an instructor. There was a new program that US Steel was developing called Move Smart and they were looking for volunteers. So I volunteered.

I started out as a field engineer in the construction industry and saw a lot of near miss accidents and some serious injuries that resulted in either fatalities or lost time accidents. And it kind of became a calling because I looked at how I could transition away from what everybody was doing and how I could make a direct impact. Being in the business of saving lives.

I'm also a veteran, and we did a lot of safety protocol and training in the military.

The Importance of Simple Fixes

I became interested in safety when one of our employees was injured. It was an ergonomic injury because her desk wasn’t a good fit for her, and so she had a wrist problem. Then we hired someone to come in and do the ergonomic assessment and they got her desk fixed for her, and her wrist issue went away. So, that’s how I got started.

From Activism to Safety

In Illinois, we did not have a law against secondhand smoke in public places. My friends and I couldn’t get away from the smoke. So we decided, "We should do something about this."

It was that initiative that got me into saving lives and then here I am today.

I went to college, took an environmental class, and decided that environmental health was my major. And then from there I took a lot of safety classes and I got a job in safety and I really love it.

I like preventing injuries and helping people out, seeing all that you can do to help people out.

A Response to Tragedy

A senseless workplace fatality because of a compressed gas that exploded and killed a co-worker. That emphasized to all of the employees the importance of rethinking every job before you do it, because there is a potential for a fatal accident.

When you see the results, a wife without a husband and children without a father, it really strikes home. And I preach that the safety regulations you follow today will run in the blood of others.

Well, I got into safety in 1991. I'm a UAW member, working for General Motors at the time. The UAW decided at that point that we would set up a set of folks that would work in the pious for numerous disciplines, and safety was one of those. So, I was asked if I would work in safety and EAP and three or four other things, because I worked midnights at the time. And working midnights, we didn’t have that many people, so I would do a number of jobs and cover our membership.

As things worked on through the years, I excelled in safety because I had a background as a plumber and a pipe fitter, so I worked a lot in construction and maintenance. And working with the machines, you had to have safety. You have to have lock-out. You had to have a fall hazard. You had to have all those things and when I first got into the trades.

From Chemistry to Safety

I originally come from the field of inorganic chemistry, and I was hired on as quality control at my first company. On day two they said, "Hey, we're getting acquired by a different company, and we need to have a health and safety program. So, you're going to be doing quality and health and safety." And I had never done health and safety before, so I had to learn everything on the fly.

Wanting to make a difference and I did not like the fact that people were getting hurt on the job.

A Need for More Discipline

After 22 years in the military and a structured and disciplined environment, when I got out, it scared me to see the lack of discipline and structure. So, I just wanted to bring my knowledge to the outside civilian sector, so that both their personal and professional lives could probably be improved.

I wanted to go back to school because I was bored. I didn’t like my job, and I like school, so I went back to community college. I took one course – any random course. I wasn’t trying to get into safety; it was just something that I thought looks fun and looks interesting. I just kept doing that and then I was halfway through the program. So, I thought I would just finish.

I learn a lot, and it’s not just one way. It’s an exchange of information. I learn from the people that I work with, and every day is different. If it wasn’t for that variety, it would be so monotonous. It keeps me wondering, "Oh, what’s going to happen next?" 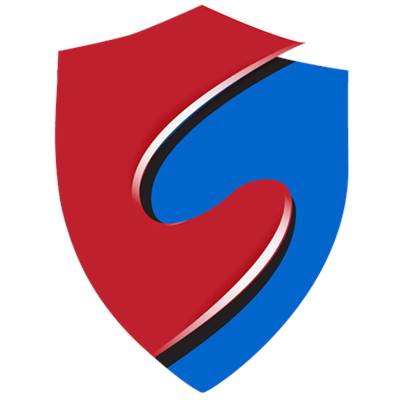