Safety rules are only effective if they are all enforced consistently.

The Broken Windows Theory was introduced in 1982 by social scientists James Q. Wilson and George L. Kelling. Since its publication, the theory has had a significant influence on law enforcement practices and how we view crime.

Here is the Broken Windows Theory in a nutshell:

Picture a vacant building with a few broken windows. If not repaired, more will most likely be broken by vandals. With time, the situation will worsen as more vandalism takes place with increased frequency.

The theory is about normalized behavior and what is considered acceptable. Few people will throw rocks through the windows of an abandoned building if all of its glass is still intact. But it only takes a few shattered windows to make it seem like breaking them is normal, even acceptable, which encourages further vandalism.

So, what does this have to do with safety?

In 2009, one of our factories was experiencing an alarming rate of accidents. We also observed that safety rules were not enforced as consistently as they should have been. For example, due to noise on the factory floor that exceeded 90dB, hearing protection in the form of earplugs was required, but rarely used.

(Learn more in Hearing Protection PPE: Beyond the Basics.)

Everyone knew the rule, but few people followed it. I know because I became the head of safety for that facility. I rarely saw managers, supervisors, or anyone in leadership roles wear hearing protection while on the factory floor.

This was our broken window.

For years, we had tried to improve our safety outcomes without success. And it was clear why: unless we enforced all safety rules, we could not enforce any of them.

It was not uncommon for employees in this factory to ignore most safety rules. It was normal for management to ignore safety rules as well. Safety was not as important as production. Working on equipment while it was running or with guards off was normal. PPE was often not used. Lockout/tagout procedures were skipped. The list went on and on.

(Find out How to Build a Lockout/Tagout Policy to Prevent Tragic Outcomes.)

No one gets hurt on purpose. In our factory, however, the control measures needed to keep people safe were not being used. The result was a high number of accidents taking place on a consistent basis. I was told we had the highest accident rate of all our factories globally.

In a brainstorming session with upper management to discuss our safety problem and how to turn it around, I presented them with the Broken Windows Theory and explained that we needed to start enforcing all safety rules and elevate safety to number one in importance.

I had read a book by former New York Mayor Rudolph Giuliani. When he became mayor of New York City, the crime rate was so bad citizens were removing the stereos from their own cars and placing stickers in the window that read “No Stereo” in an effort to deter thieves and vandals.

Mr. Giuliani had police officers start enforcing minor legal violations. That means writing tickets for everything from jumping a subway turnstile to jaywalking.

This set off a chain of improvements in law enforcement. The violent crime rate dropped by 56% during the eight years Giuliani served as mayor. Murder, down nearly two-thirds. Robbery, down 67%. Aggravated assault, down 28%.

There is a universal law that we all follow in our jobs. We know what is acceptable and we base our behavior accordingly. We observe what is important to management and adhere to their set values. If safety is not valued by them, it will not be valued by the workforce.

Safety requires effort. If it is not valued, no one will make that effort. Each time a safety rule is broken and not enforced, it sends a message that safety is not important. By not enforcing minor safety violations, we create a culture that does not value safety overall. The control measures designed to keep employees safe are disregarded and danger exists where there should be none.

Managers need to make sure that all safety rules are enforced at all levels.

The Lesson for Safety

In 2009, we began acting like those New York City police officers. We enforced every safety rule in our factory. We made sure anyone on the factory floor wore hearing protection. High-level managers walking across the floor made sure they wore earplugs. They set a good example.

(For related reading, see Are You Wearing Your Earplugs Properly?)

We started a practice of beginning all meetings with safety as the first agenda topic (this is a practice they still follow today).

Our factory went from being the worst site for safety globally to being one of the best. We received a global safety award from the company as a result of our effort.

I have found it much more rewarding to focus our efforts on enforcing safety rules instead of spending more time conducting accident investigations. It will be one or the other. Let’s take care of our broken windows and make clear what is acceptable behavior when it comes to safety. 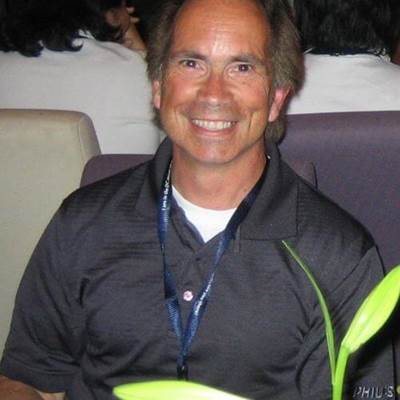