Muster Points: How to Keep Your Team Safe During an Emergency

Your muster point locations must be chosen carefully to ensure they are free of significant hazards and don't expose evacuating workers to further risk.

Muster points are critical for emergency planning. Getting your people out of the building safely in the event of a fire or other emergency can be a logistical nightmare, so it is important that every employee knows where their particular muster point is and why it was chosen.

In this article, we'll look at what you should consider when setting muster points for your work environment.

A muster point needs to be well-known and clearly marked with a sign that either states "Muster Point" or has a symbolic depiction of one. One common muster point symbol is a set of four arrows pointing inward to a central dot. Evacuation maps in the company building or workstation should indicate the muster point as well as the evacuation route.

(Find out How to Master the Science of Sign Visibility.)

Larger buildings may have multiple muster points. Typically, they should be divided by floor, department, or organization to prevent stampeding and congestion during an evacuation. Each muster point should have a safety officer or safety chief responsible for managing the affairs of the muster point until the emergency situation clears.

Why You Need Muster Points

Muster points exist so that everyone knows where to assemble during an emergency. That way, they can be quickly accounted for. Instead of having people run off in all directions, a strategic meeting place allows the safety officer to quickly do a roll-call or take attendance by using a list of all the people in the building, which is included in the emergency plan.

After quickly rolling through the list, the safety officer can notify emergency crews about missing persons. Some offices and workplaces use a buddy system to account for missing people, since it can be easy to miss someone in a large workplace. That way, if someone is sick or out on a service call, their buddy will be able to alert the safety officer and prevent a false alarm.

(Learn more in Is Your Facility Prepared for an Emergency? How to Set Up an Evacuation Plan.)

How to Choose a Muster Point

Here are some of the basic things you need to consider when choosing the location of your muster point.

First, it should be an easily accessible location close to the building that is not impeded by other hazards. Having a muster point on the other side of a busy highway, for example, can cause increased hazards for people during an evacuation or an emergency.

The muster point must also be large enough to accommodate the number of people assigned to it, so as not to overcrowd or constrict movement should a blowout or secondary emergency occur. A large, open parking lot could serve as a capacious muster point.

The muster point should also be far enough away from any other immediate dangers, so that no one is put into additional danger during an emergency. This could include areas near streams, trees, fences, or other obstacles.

This, of course, has to be balanced against the ease of getting there. One of the more recent challenges with muster points is finding a location at a safe distance that is still accessible to older or mobility challenged workers. As with any safety concern, using common sense goes a long way.

When choosing a specific muster point, picture your own office or workplace. Where are the potential hazards? Would you hold a meeting place in these hazardous locations? Think of the safest locations you can, making sure that they're well-lit and don't have loud noises that could impede communication. Map out your evacuation plans accordingly.

Getting feedback and considering your crew's suggestions and concerns is also an important step to finding the ideal location.

(Learn more in Top 10 Things You Should Know About Muster Points.)

Given that the terrain and neighborhoods we work in change constantly, it's important to review muster points to make sure no new hazards have developed since they were first chosen. Electrical interference, new roadways, or reduced space can all cause problems for your original muster point. Do this on an annual basis, or as part of safety review whenever there is a significant change. To stay ahead of the game, try an emergency drill to see how well your muster points work.

The location of muster points should be part of every new employee's safety orientation and part of the regular safety training employees get throughout the year. As with any safety information, saying it once and then never reinforcing is nearly as bad as having no safety program at all.

Muster points are a relatively simple concepts. You want to get everyone out to a safe area where they can be accounted for. There are a number of tweaks based on the type of work environment, the mobility of the workforce and the potential hazards in the neighborhood. 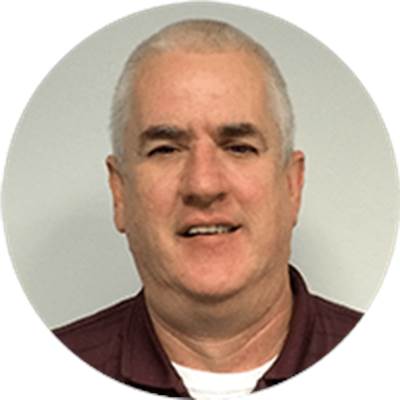