What is the difference between primary and secondary spill containment?

What is the difference between primary and secondary spill containment?

When storing oil and hazardous chemicals, we are obliged under the law (EPA, OSHA, NIOSH, NOAA, and so forth) to ensure that these substances are stored properly and securely so they do not escape their containment and pollute the environment.

There are two types of containment for these substances: primary and secondary. The purpose of each type is different and so is the way they're used.

Primary containment is the receptacle in which the hazardous substance is contained during normal operation. It confines the substance and, when all goes well, does not allow it to spill or leak outside of the container.

Primary containment comes in different sizes and types. Some is fairly small and mobile, like drums and totes, and comes to us pre-filled by the manufacturer. Other primary containment receptacles are way larger and immobile, such as oil holding tanks, and we generally fill and empty them on our premises during our operational processes.

Have a question? Ask Karoly here. 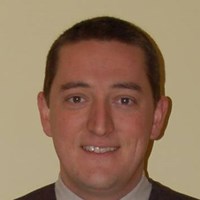 Karoly has worked at a senior level (both as an employee and a contractor) for organizations in the construction and manufacturing industries. He has a passion for developing and improving health and safety programs.

More From Our Experts

Top Tips for Preventing Chemical Spills in the Workplace
How to Deal with Spills in Your Facility
Everything You Need to Know About Sorbents
A Look at Spill Containment and Spill Prevention and Control Countermeasures
Tips for Handling and Storing Chemical Drums
Hazardous Material Storage Buildings - When Are They Required?