The Who, What, and Why Behind the New Silica Standard

Since September 23, employers in the construction industry are expected to be in full compliance with OSHA’s final rule regarding silica exposure. The regulatory body estimates that approximately 2.3 million people in the U.S. are exposed to this hazardous substance at work, and the new standard will protect these workers from potentially fatal illnesses.

What Is Silica and Who Is at Risk?

Crystalline silica is a mineral found in abundance in the Earth’s crust. Its most common form is quartz, an important industrial material often used in sand, stone, rock, concrete, brick, block, and mortar. Workplace exposure to silica occurs most often when workers are cutting, sawing, drilling, and crushing products made of concrete, brick, ceramic tiles, rock, and stone.

OSHA estimates that nearly 90 percent of workers exposed to silica are employed in the construction industry. The most severe exposures occur during abrasive blasting with sand to remove paint and rust from various structures. Exposure may also occur during a number of other activities:

While the hazard is prevalent in construction, workers in a wide range of industries and operations are also at risk. Some of the most common include:

Each year, OSHA sees fatalities and disabling illnesses in workers exposed to silica dust, particularly sandblasters and rockdrillers. Not only has silica been classified as a lung carcinogen, but it can also result in silicosis. This incurable disease occurs when respirable silica dust enters the lungs and causes scar tissue to form, severely impeding the lungs' ability to take in oxygen. Not only does this make breathing more difficult, but it also makes the sufferers more susceptible to lung infections like tuberculosis.

There are three types of silicosis: chronic, accelerated, and acute. Here’s what you need to know about each:

OSHA’s permissible exposure limits for silica haven’t been updated since 1971. They are inconsistent, difficult to understand, and there is strong evidence to suggest they don't adequately protect worker health.

The new standard addresses these shortcomings and makes worker safety a priority. OSHA estimates that the update will save the lives of more than 600 workers annually and prevent over 900 cases of silicosis each year. That’s a pretty big deal.

So what does this new standard entail?

Employers must develop a written exposure control plan that identifies exposure hazards and lays out methods to protect workers. Where possible, employers are also expected to find alternatives to silica exposure by altering practices.

In addition to creating a safer, healthier environment for employees, employers will be pleased to know that compliance with the standard won’t cost an arm and a leg. In fact, it’s expected to cost the average workplace covered by the rule just $1,242 annually. For firms with fewer than 20 employees, the number drops to about $550.

In an effort to help employers (particularly small businesses), OSHA will enact staggered compliance dates ranging from one to five years to ensure firms are given enough time to meet the requirements.

Given the prevalence of silica in construction, the industry will benefit from special flexibility. OSHA has given clear directives on how to best protect workers engaged in the most common construction tasks. Employers who follow these specifications can rest assured that they are fully compliant and that their workers are being provided with the required degree of protection.

The data is clear: crystalline silica exposure is a severe health hazard that affects millions of employees every year. With the introduction of this new standard, OSHA is recognizing the risks and taking much-needed action to protect the respiratory health of workers in the construction industry and beyond.

Compliance with the silica standard isn’t just about protecting your business from fines; it’s about creating a healthy working environment for your most valuable assets – your workers. 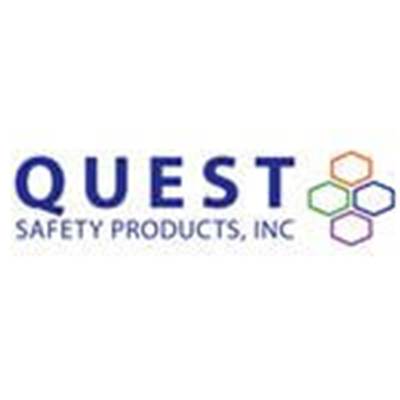 Come check out our company profile here to see all our content!

The harness that prevents a fall. The chemicals disposed of without incident. The mask blocking lethal particles. Quest protects workers in any environment.

Our objective: safety solutions for dangerous situations you encounter. We know your work has risks. Our technically trained sales team is ready to help. We know each day of work has the potential for disaster.