From Teflon to Coach: A Lesson in Effectiveness

By Andrew Barrett
Published: March 30, 2017
Presented by Safety On Tap

A health and safety professional as a coach might feel slippery, but you'll be more effective than just being 'busy' all the time.

"Karina [not her real name] thinks you are Teflon" he said.

It floored me. It had such a negative connotation for me, and it was obviously delivered with that intent. I was working very hard as what was best described as a "business partner," in a tough business in a tough industry, to support their H&S improvement. I had no reporting line in this business, so Karina's perspective as my customer was a really important indicator of my effectiveness. I had no control—only my sphere of influence to work within. And she obviously thought I didn’t do much.

So, what is good health and safety support meant to look like?

Safety people often develop a reputation for getting stuff done. Often, this is the result of frustration—usually because the person responsible for fixing a risk hasn't done it. With the right spirit, Safety Dave or Safety Deanne saves the day. And lucky too, because they are really busy with so many other fires to put out! (I hope the sarcastic tone comes through.)

But what's the trade-off? What's the cost of this? Karina perceived my value in terms of how much action I took, how busy I seemed to be with her function's health and safety. How many risk assessments did I do, how many actions in meetings were assigned to me, how many documents were written by me? Yet I was more interested in how much her managers were taking action—it was their staff, their product, their site, and their customers after all!

There was no way—even if I tried—that I could meaningfully influence health and safety in Karina's fast-paced and geographically dispersed business by getting my hands dirty on the front line putting out fires every work hour I was there. But it is a real and common trap for health and safety professionals: jump in, feel busy and productive, but burn out from all the micro-things that need to be done in an organization where there is little ownership of health and safety (learn about Managing Employee Burnout).

I needed to find what I could do to be effective in influencing health and safety outcomes for Karina, rather than just being busy. That turned out to be helping fine-tune simple systems, reducing wasteful activity previously expected of managers, and enabling the managers to know what they needed to know and take action with confidence (without me there!) in the day-to-day effort of looking after their people and managing risk.

And in the process, I said "no." A lot. Now you see where she came up with the notion of Teflon. But most no's were followed by a teaching moment, or a challenging question (like "what do you think we should do in this situation?" instead of jumping in with my own half-informed answer), or simply "that's not my responsibility, but what can I do to help the person who is responsible?".

After being shaken by the Teflon feedback and then reconfirming that I was on the right track (by focusing on what was effective rather that what seemed "busy"), I still had a problem: Karina didn’t view my value in the same way I did. So, I had to close that perception gap, which I did in two ways.

First, I started doing more doing, the kind that Karina was expecting. Sounds counter-logical, right? I needed to meet her where she was, which meant me doing more. So, it was more actions, more meetings, more busyness. That started to rebuild trust within Karina's frame of reference.

But I still had to sell the idea to Karina that my way of working was the most effective thing I could be doing to help her. So, during the time I spent "doing more doing," I laid the groundwork to sell that idea to her. Without realizing it at the time, it's exactly the same way modern marketers sell to consumers: help your customer know, like, and trust you. Build a relationship—a genuine, human, not-just-work relationship. And magic happened: I was able to demonstrate a new way of working to Karina, which she became open to because we had a relationship based on trust (not tasks). I had influence far greater than my limited hours at work, and I supported sustainable improvement in her team, who were not reliant on my "doing."

I quickly came to terms with the Teflon comment, though it's far from a useful metaphor to use when describing the effectiveness of an H&S professional. Focus on the steak, not the coating on the pan? (It's getting a little too stretched.)

I prefer the analogy of a coach. Don't get hung up on the "official" definition of a business coach; I've found a simple sports coach analogy works fine for articulating how health and safety people can be most effective for the people they serve.

Win, lose, or draw, it is appropriate for the coach to be scrutinized. A coach has just as much right to lift the trophy after a success as they do responsibility to justify their job after a wooden spoon.

As a health and safety coach, I was accountable for my internal customers' results, whatever they were. As an early-career professional, I vehemently opposed this but I later realized that I'll never be part of the team if I'm not measured like them.

A coach is in service to the team. Never forget that a coach cannot win a championship without a team, just like you will never influence health and safety positively unless you are in service to the people you advise. While a sports coach might be able to swap players, you will rarely have that luxury. So, if your customers aren't happy with your service, you need to work to change that, regardless of whether you agree or not.

Karina wasn’t happy with Teflon, despite this being a misunderstanding of what was effective. I only succeeded because I approached the change in a spirit of service to Karina and her team.

Be Part of the Team

A coach is part of the team: plan, train, celebrate, commiserate, eat, sleep, travel together (but not on the field—more on this later). A coach cannot be effective unless the team they serve considers them part of the team, which requires strong relationships, empathy, and mutual respect.

The Teflon comment suggested Karina might not have considered me part of the team, which I addressed by "doing some of the doing" in the beginning, and progressively building enough trust to "sell" her the more effective alternative.

A coach prepares the team for their game. All types of training are employed, which is aimed at helping both individuals and the team as a whole. The preparation needs to be sensitive to the needs of the team and its players, who are all different—they play in different positions, they have different physical make-ups, they are at different stages of development, and have different mindsets.

My coaching of Karina's managers was helping each one of them prepare for the game played on their field, individually and as a team.

Work with the Captain

A coach works closely with the Captain. In many sports, the captain bears as much, if not more, responsibility than the coach. The captain makes most of the decisions once the whistle blows to start the game. The captain is the source of feedback as the game unfolds. The captain leads from the front. But the captain often cannot see the big picture that the coach can see. The captain is fueled by a different kind of adrenaline than the coach, which is why the quarter- and half-time feedback process of sharing information between coach and captain, and then to the team at large, is vital.

Karina was the captain of her team, and she wanted another player in me, rather than a coach. But once we harnessed the power of her managers—also captains in their own remit—she could see the value of me as the coach.

Stay Off the Field

A coach knows the pitch/field/ground, but doesn’t set foot there once the game is in play. The coach is not allowed on the field, so cannot play the game for the team. But the coach must still understand what happens on the field. This is done through training, through listening and observing. A coach who doesn’t know what happens on the field has no empathy for the captain or the players, so can never be truly effective.

As a coach to Karina's function, I had to understand the front line by going to it with her managers and their staff, listening and learning. This is one of the greatest challenges I see for health and safety professionals: not spending enough time on the front line with empathy (listening, not telling) and being "too busy" to get out and about, assuming you know what it's like without genuinely trying to understand.

From Teflon to Coach

As a coach to Karina and her team, we were able to achieve much more together than we could have if I had kept busy just "doing things." I hope this year is a year of less busyness and greater effectiveness for you. 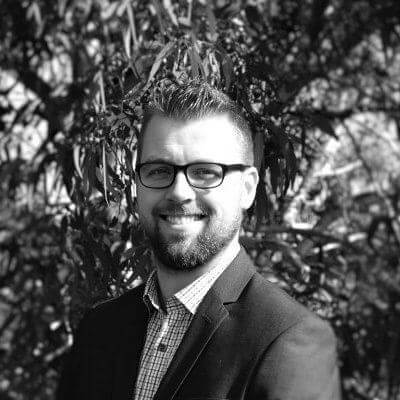 Andrew is best known as a communicator and a connector. Host of the popular Safety on Tap Podcast, his mission is to help leaders to grow themselves and drastically improve health and safety along the way. Andrew believes that a health and safety professional who is invested in their own growth is a more effective and more satisfied professional.

More from Safety On Tap