Think sprinkler systems are more trouble than they're worth? Think again.

Many organizations are reluctant to install sprinkler systems on their premises. Statistics from the National Fire Protection Association (NFPA) bear this out: sprinklers were not present in a large proportion of the manufacturing facilities (52%) and high-rise office buildings (63%) that experienced a structural fire. With 113,500 structural fires in non-residential properties in 2015 alone, the absence of sprinkler systems protecting employees from the risk of serious injury or death is troubling.

Despite their excellent record, there are still many misconceptions and myths about the use of fire sprinklers. Here, we’ve debunked six of the most common ones.

Myth #1: I Have a Fire Alarm, So I Don't Need a Sprinkler System

Smoke alarms are very common in residential and commercial buildings and there has long been a misconception that, as long as you have this sort of alarm, there is no need to install fire sprinklers. But the reality is that sprinklers function very differently than smoke alarms. Traditional smoke alarms alert occupants of the building of the danger of a fire and some advanced systems also have the capability to inform emergency services. Even the most sophisticated alarms, however, do nothing to stop the fire itself.

Sprinklers are the first response against a fire getting worse, reducing the heat, flames, and smoke as soon as possible to give everyone in the property the chance to get out safely. Fires can spiral out of control extremely quickly if they are not contained, and a fire alarm alone may not give employees or customers enough time to escape.

Myth #2: Every Sprinkler Will Go Off When a Small Fire Breaks Out

There is a myth that may have been spread by Hollywood films that when a fire breaks out, every sprinkler in the building goes off. It’s easy to see how this could be a problem: a large building with many sprinklers would see a serious amount of water flooding in. Fortunately, however, this is not the case.

In fact, sprinklers are very much localized, and in the vast majority of fires and incidents, the problem is dealt with by only using one or two sprinklers. This is because of the way that the sprinklers are designed—they are able to sense the heat of a fire, which is what activates them. It is not a blanket system that unintelligently springs into action.

Myth #3: Water Damage From the Sprinklers Is Just as Bad as the Fire Damage They Prevent

Some people believe that the damage from sprinklers will be either comparable or worse than the damage from the fire itself. Aside from the fact that this issue should be secondary to the safety of the people in the building, it’s also not true at all. Fires that get out of control can cause extensive damage that not only destroys possessions and upholstery but could even harm the structural integrity of the property.

Sprinklers actually significantly reduce the amount of damage a fire can do to a building. Any amount of water damage that the sprinklers can cause will be almost negligible and outweighed by the good that they will do.

It’s also worth noting that if the fire gets out of control and the fire brigade has to be called, their high-powered hoses will do far more water damage than the sprinklers would have.

Myth #4: Pipes Freeze in the Cold, Which Makes the Sprinklers Useless

One of the common worries about installing fire sprinkler valve systems is that it will be completely ineffective in winter, because the pipes will freeze. This myth has come about as a result of people experiencing problems in their homes with water pipes freezing in the winter if they haven’t been used for a long time.

Thankfully, this is not a problem for sprinklers. There are guidelines in place to ensure that sprinklers will not freeze. And it’s worth remembering that fire sprinklers are used in very cold parts of the world with success so there is no reason to believe that your fire sprinklers would stop working in the winter time. They are an effective defense against fires all year round.

Myth #5: Sprinklers Are Oversensitive and Prone to Leaking

Whether it is simply leaking due to a faulty part or setting itself off accidentally, many people worry that fire sprinklers will regularly leak or turn on without warning. People also worry about them being oversensitive to the point of being activated if you burn some toast or light a candle.

First, it should be pointed out that sprinklers leaking is a very rare occurrence and the threat of it happening is almost negligible. Second, this is something of a misunderstanding of how fire sprinklers work. While smoke alarms detect the presence of smoke in the air and siren, fire sprinklers activate in response to temperature. They only ever turn on if they detect a high temperature. So while forgetting a slice of bread in the toaster might cause the smoke alarm to sound, it won't set off sprinklers.

Myth #6: You Only Need Sprinklers in Older Buildings

It’s another myth that many people believe is that new properties are already fire-resistant enough to make fire sprinklers irrelevant. While modern construction does take fire safety into account, a fire can still be both dangerous and deadly in any environment. It's true that fires are more common in older properties (usually because of outdated electrical wiring), but every building, no matter its age, needs to be adequately protected in the event that a fire breaks out.

Sprinklers are just as important in newer properties as they are in older ones, so it can be very dangerous to be overconfident and assume that they are not needed in your office, warehouse, or factory just because it has been built relatively recently. 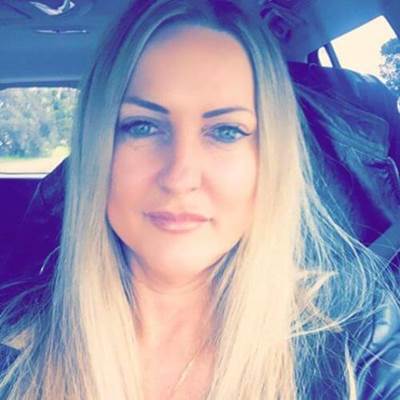 Dakota Murphey is an independent content writer and (BA Hons) marketing graduate. Since finding her passion for business and a love of beautiful literature at university, she has combined these two passions with her knowledge and experience of the safety and security industry to have a job she loves. Having worked with some of the most established companies in the construction and property industry for over 10 years, she has a wealth of knowledge that she is eager to share.

Fire Extinguisher Classifications: What They Mean and Why They Matter