Implementing a Safety Culture: Speak Up for Safety

Safety needs to be rooted in the culture of a company.

It’s a popular belief that safety needs to be rooted in the culture of a company. As such, organizations are looking to change the way their workers think and behave in order to mitigate all potential danger and eliminate risks at the very source. Some of North America’s leading companies have adopted or are implementing behaviour-based programs such as Speak Up for Safety.

For example, General Motors implemented their Speak Up for Safety program in 2014, aimed at encouraging and rewarding employees for identifying ways to make GM's operations and products safer and eliminate risks to their customers.

Speak Up for Safety is an admirable model for creating a collective and engaged safety culture (for a primer on safety culture, see Workplace Safety Culture 101). In this article, we'll go over some of the basic features of the Speak Up for Safety program and how they can be implemented by anyone who wants to improve the safety of their workers and customers.

A Positive Approach to Safety Intervention

It can be tempting to take a reactionary approach to safety and only deal with the issues when they come to your attention or cause serious problems. But taking such a passive approach to risks, hazards, and dangers can have dire consequences (for an explanation of the difference between hazards and dangers, see Hazards vs Dangers: Do You Know the Difference?). Taking a positive approach to safety by encouraging employees at all levels to report safety infractions or dangerous practices gives safety personnel and managers the opportunity to correct them before they cause injury, illness, or death.

That's why, as GM's CEO Mary Bara notes, the Speak Up for Safety program encourages a positive safety culture by recognizing employees for ideas that make vehicles safer and for speaking up when they see something that could impact customer safety.”

And this has benefits beyond safety: it's also good for business. A reactionary approach might seem like a good way to save money and increase profits, but when it comes to safety, cutting corners is never wise. The injuries, illnesses, and fatalities that occur as a result of insufficient concern for workplace or product safety can result in a barrage of negative publicity that will affect the company's bottom line. It pays to prevent public relations disasters before they happen, rather than try to manage them after the fact.

Input from workers, especially those who work in the field and in close proximity to industrial equipment, is vital to the safety of everyone who works at the company. When every employee makes safety their concern and is encouraged to report potential hazards, the feedback they provide will be an invaluable asset to workplace safety.

Giving workers one or more venues through which they can provide feedback will encourage them to report any risk or hazard they encounter. You could, for example, set up an anonymous suggestion box, create an only reporting system, or establish a worker-led health and safety committee. The more avenues for feedback are offered, the more workers will see that management not only accepts but encourages their input.

But simply soliciting input from your employees isn't enough to create an effective and collaborative safety culture. It's imperative that those who take on the risk of reporting a hazard receive feedback that they made the right decision and, further, that the issue has been taken seriously and corrected.

The response to employee feedback needs to be both personal and public so that the workers who reported the incident know and feel that their action was commended. Calling attention to the employee's action also sets a good example for their colleagues, reminding them about the importance of reporting and its role in saving lives.

When those responsible for safety—managers, supervisors, owners, CEOs—receive a report, they need to make it clear that they have embraced it and taken immediate steps to resolve the issue. If workers don't see that their report was acted upon a timely manner, you can bet that they won't bother reporting again.

While the Speak Up for Safety program has positive outcomes, we must acknowledge that there could still be negative ramifications for employees who report safety issues. For example, GM's CEO admitted to the press that two GM engineers were placed on paid leave after Anton Valukas, the former U.S. attorney, released information about his investigation into GM's recall of 2.6 million cars for ignition defects.

This incident only highlights the importance of giving positive feedback. Even when they know that lives are at stake, workers who discover safety hazards will be conflicted unless they are reassured that their feedback is genuinely appreciated. If they believe they might be penalized for reporting, they will weigh the safety concerns against the financial hardship that could result from being demoted or fired—and the scales will not always tip in favor of safety.

Even anonymous reporting is no safeguard against this problem. Workers submitting feedback anonymously might still fear that their identity will be discovered. Only a positive and genuinely encouraging response to reported dangers will reassure employees and make them feel confident that they can participate and play a valuable role in improving safety.

If applied sincerely and effectively, the principles that underlie the Speak Up for Safety program can foster a positive safety culture and reduce the frequency of serious workplace injuries. And that is something every employer should want to achieve. At companies like DCM, they remind their workers that speaking up is not an option but a duty. Together, we can create a safe work environment for ourselves and for our colleagues. 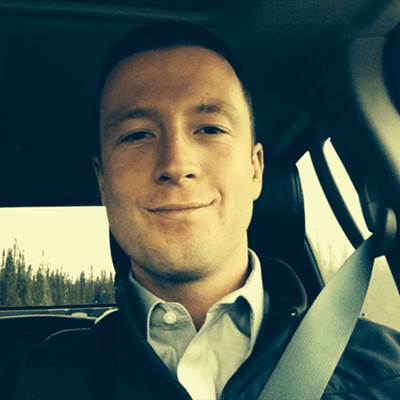 Substance Abuse in the Workplace: Know the Signs and Take Action

Fatigue at Work: Why It's Worse than You Think (and What You Should Do About It)

5 Benefits of an Employee Assistance Program