How fall arrest force and clearance affect one another.

The two most important aspects of fall arrest systems are force and clearance, in that order. They are the basis of everything else that is done to design a fall arrest system and specify the equipment to be used with that system. The forces must be high enough to arrest a fall in as short a distance as possible, yet still be low enough to not injure the worker as the fall is arrested. Most fall injuries occur from heights as low as 1.8m (6 ft).

So, how do we go about determining what the maximum amount of force is that the human body can sustain without causing serious injury to the body? Fortunately, extensive research for ejection seat acceleration was conducted in the 1950’s and 1960’s using pigs to determine the effects on the body. From this research they were able to establish the maximum force that can be exerted on the body before serious trauma occurs. Another interesting factor that was determined was the length of time or duration the force could be exerted on the body, and it was found that high forces could be tolerated, but only for very short (40 milliseconds or less) periods of time. The threshold for injury to the body was determined to be about 2,700 lbs.

This measure of force was adopted in the fall protection industry to determine the upper limit of force that can be exerted on the human body when stopping or arresting a fall. You have probably heard the old saying, “it’s not the fall that kills you, it’s the sudden stop at the bottom.” So, to be conservative, It was decided to reduce the force by 1/3, to 1,800 lbs, which has pretty much been accepted as the Maximum Arrest Force (MAF) universally around the globe. Most OH&S regulations stipulate that the MAF on a worker during fall arrest cannot exceed 1,800 lbs or 8 kN of force.

The personal energy absorber (PEA) and other energy absorbing devices, (i.e. clutching SRLs) used to arrest a fall were first designed to deploy at half the maximum arrest force allowable, which was a good place to start. These devices are rated at 4 kN (900 lbs) or 6 kN (1350 lbs) arresting force, depending on the design of the fall arrest system or the weight of the worker needing to use the device. The downside of using a PEA that deploys at a lower force is that more deployment distance will be required to arrest the fall of a worker of the same weight and free fall as a worker using a PEA with a higher deployment force. Remember, high forces can be exerted on the body for a short duration without causing serious trauma to the body. Most fall arrest events occur in less than a second, and a higher arresting force is exerted on the body for a fraction of that time.

The second most important aspect of a fall arrest system is clearance. If there is not enough space for the fall arrest system to allow a worker to first free fall a certain distance, thus generating fall energy, and then deploy an energy absorbing device, which requires some distance to slow the workers fall and arrest or stop the fall. Then the worker will hit, strike or land on a lower level or obstruction, which is the point of using the fall arrest system in the first place.

Understanding clearance is as important as understanding the dynamics of fall arrest and the forces involved to arrest a fall.

This formula allows the designer, supervisor and worker to determine if the system is going to perform as required from only knowing two of the values. The most useful value being the clearance below the platform, Cp. This is the height of the working surface that the worker may fall from.

It is very important that the designer, supervisor and worker understand that there is a fundamental difference between a fall arrest system that uses a fixed length lanyard versus a fall arrest system that uses an automatic length lanyard (i.e. Self-Retracting Device [SRD] or Self-Retracting Lanyard [SRL]). The clearance required for each of these types of systems is evaluated differently because of the way the equipment functions.

Once Ca is determined, and knowing the height of the anchor above the working platform, Ha and Cp can be calculated from the formula Cp = Ca – Ha.

The values are determined by the average free fall and lock-off of a typical clutching SRL as follows:

The two aspects, force and clearance, cannot be considered without one another. If there is sufficient clearance to allow the worker's fall to be arrested using a PEA that deploys at a lower force, which is ideal, then there is little concern that the worker will hit, strike or land on a lower level or obstruction. Lower forces exerted on the body will reduce the chances of the worker sustaining a serious injury. However, if the amount of clearance below the working surface where the fall arrest system is to be used is reduced, the fall arrest system must stop the worker in a shorter distance, which could be done by first minimizing the free fall of the worker, and/or using a PEA that deploys at a higher force to stop the workers fall in a shorter distance.

These and other aspects related to fall arrest system design, specification and analysis must be undertaken by a trained and qualified person in fall protection. Preferably, fall arrest system design should be done by a professional engineer who is competent and qualified by training and experience to undertake the complex design in accordance with published standards such as CAN/CSA Z259.16-04 – Design of Active Fall Protection Systems, or ANSI/ASSE Z359.6-2009 – Specifications and Design Requirements for Active Fall Protection Systems or an equivalent standard.

Check out the rest of our content about Personal Protective Equipment here. 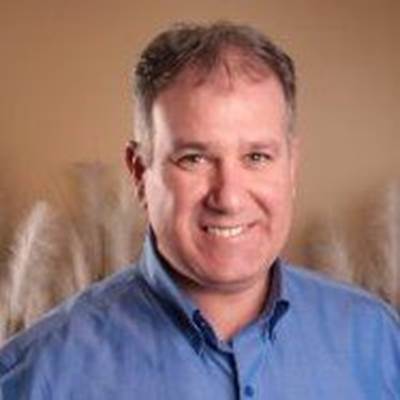