Arresting a fall is not the last step to fall safety. A plan for rescuing suspended workers is essential.

Two workers are conducting maintenance on a bridge when one loses his footing and falls. His fall protection gear kicks in and arrests his fall almost as soon as it starts. His life has been saved – but he's not out of harm's way yet.

This worker is still suspended in his fall protection harness, waiting for help. He's at risk for serious health issues, loss of consciousness, and even death.

Fall arrest systems are often seen as the ultimate lifesaver for workers at heights. A worker's fall protection harness may keep them from hitting the ground, but they're not in the clear yet.

Suspension trauma is often overlooked as a serious risk for workers at height. This is why OSHA requires employers to provide prompt rescue for those who experience a fall. For complete information about Fall Protection OSHA Violations, check out this post.

Suspension Trauma: What Happens When You're Left Hanging?

Suspension trauma occurs due to an extended period of orthostatic intolerance. What does this mean? OSHA defines it as:

Immobility can cause venous pooling. This means that blood pools in the legs and reduces the amount of blood circulating in the rest of the body. Someone who is standing will lose consciousness and fall to a horizontal position. This way, the heart, legs, and brain are on the same plane and the body can normalize blood flow.

When a worker is suspended in a fall harness, the body has no way of going horizontal. The blood keeps pooling and cannot flow properly. This is suspension trauma. And unless the worker is rescued promptly, venous pooling and orthostatic intolerance occurs. This may result in serious damage to the brain, kidneys, and other organs.

Symptoms to Watch For

In short, anyone who uses a fall protection harness is at risk.

Passive fall protection systems are used for suspension in cases of emergency. Occupations that use these systems include:

Suspension trauma can affect any worker left hanging after a fall, but there are several factors that can exacerbate the condition. Pay particular attention to the following:

In an ideal world, you would never have to deal with suspension trauma. By taking proactive steps, employers can ensure workers remain safe after a fall. They can also cut the risk of further injury.

What does this entail?

Companies with workers who use fall protection need to institute practices that prevent prolonged suspension. Workers should be thoroughly trained on how to recognize orthostatic intolerance, and they should also know the factors that can increase their risk of it, and what they can to do avoid it. It’s not always easy, but suspended workers awaiting rescue can take some action to guard against injury. Preventative steps for suspended workers include:

Harness manufacturers have also come up with a simple solution to help protect workers. Their solution is: trauma straps. This form of PPE consists of a pair of straps contained in pouches, which attach to the hips of the harness. (Need more insight on fall protection harnesses? Check out this helpful blog post, The Ultimate Guide to Choosing the Right Fall Harness.)

A suspended worker can deploy the straps and brace their weight against them. This enables the worker to stand up in the harness, allowing the use of a worker's leg muscles. It takes weight off of the arteries and restores proper blood circulation until rescue occurs. (Want to see trauma straps in action? This video will give you a better understanding of how to install and use suspension relief stirrups in the event of a fall: Reliance SRS Suspension Relief Stirrup: Install and Product Use Demo.)

It is possible to use different techniques to prevent injury during suspension. However, suspended workers should be consistently monitored for signs of orthostatic intolerance. They should also receive an evaluation by a healthcare professional after rescue. It’s not uncommon for the suspension to cause delayed internal effects. Among these are kidney failure, which can be difficult to identify at the site.

What's one of the most significant things employers can to do prevent further injury to suspended workers? Have a rescue plan in place that can immediately be put into action. Let's look at what that means.

Rescue Plans to the Rescue

Regulations say that companies must have a plan in place for the prompt rescue of a suspended worker. But what does "prompt" mean?

OSHA warns that suspension in a fall arrest device can result in unconsciousness, followed by death, in less than 30 minutes. But 30 minutes is a long time to be left hanging. In reality, symptoms of suspension trauma can start after just a few minutes. Studies have even found that loss of consciousness can occur in as little as seven minutes.

This shows why it’s so important for workers to be rescued as soon as possible after a fall. According to ANSI's Fall Protection Code, rescue is to occur within six minutes. With clear rescue procedures in place, this is achievable.

Write down your rescue plans and make them accessible to all employees. Train every individual involved in the rescue, and conduct mock-rescue simulations. It may seem like a lot of effort. But, when an emergency strikes, you'll be glad your crew was prepared to handle it calmly and efficiently.

Rescuing an incapacitated worker can be more complex. It may require mechanical equipment like an aerial lift or extension ladder (check out this post to find out when you need a fall harness in an aerial lift). In some cases, the rescuer must go to the incapacitated worker to pick them off the structure from which they're hanging. This is the least desirable type of rescue, but it must be planned for.

What should you do once the worker has been recovered? There is no consensus. Some medical professionals suggest positioning the worker in a sitting position with the upper body supported. This should take place for at least 30 minutes before the worker can lie horizontally. The seated position prevents blood from rushing to the heart too quickly. Blood reaching the heart at too high a pace may cause ischemic heart failure or other injuries.

Others recommend supine positioning with the torso facing up. This is especially useful if there are other injuries.

Either way, a healthcare professional should monitor the work for a reasonable period of time. This is to ensure there are no further or lasting ill effects from the experience.

Don't Leave Safety up to Chance

You should now understand the seriousness of suspension trauma. Given a condition this intense, employers must face the challenge of training their workers on how to use their PPE. Blindly trusting your PPE can put everyone at risk of injury, or worse.

Employers and workers must work together to construct and implement efficient rescue plans. The fall harness is a critical lifeline. But the end goal isn’t just to catch you when you fall – it’s to get you safely back on your feet.

Check out the rest of our content about Personal Protective Equipment here. 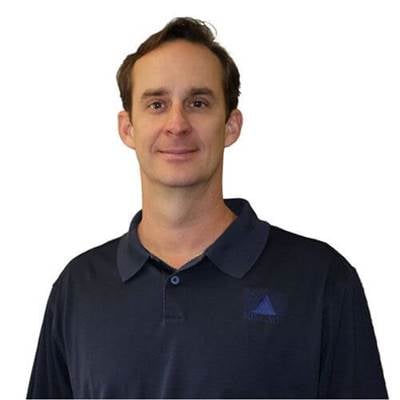 Burk is President of Medsafe, La Porte, TX. He joined Medsafe in 1990 after graduating from Stephen F. Austin State University with BBA in Finance & Economics. Burk has over 27 years of safety experience including manufacturing, services and distribution. Burk lives in Houston and is married to wife Talbott and has three children. Burk enjoys golf and spending time with family and friends on the weekends.