What You Need to Know About Electric Shock Drowning (ESD)

Electric shock drowning is uncommon but can be fatal. Learn the signs of this danger and stay safe.

Although Electric Shock Drowning (ESD) is not very common, it has serious consequences when it does happen. When Brayden and Alexandra Anderson, 8 and 13, died of ESD in July 2012, electric shock drowning received national attention. That same summer, there were seven additional ESD deaths and a number of near-misses.

If you’ve been wondering what ESD is and what you can do about it, then we’re here to help you.

What Is Electric Shock Drowning?

First and foremost, it’s crucial to understand exactly what ESD is. If someone dies in water, we usually assume it’s due to drowning. However, that’s not always true. In the case of Electric Shock Drowning—despite the misleading word in its name—the actual cause of death is electrocution (to learn more about the risks of electrocution, see Electricity in the Workplace: The Silent Killer). While drowning may result—because it causes muscles to contract and “freeze” so the victim cannot swim to safety—the real problem is the victim’s inability to escape deadly electrical current.

Even tiny amounts of alternating current can wreak havoc on the human body. What’s tiny? According to Beth Leonard at Boat U.S.,

Lethal amounts are measured in milliamps, or thousandths of an amp. When flowing directly through the human body, these tiny amounts of current interfere with the even smaller electrical potentials used by our nerves and muscles.... Less than a third of the electricity used to light a 40-watt light bulb — 100 mA — passing directly through the heart is almost always fatal.

Clearly, in the right circumstances, it doesn’t take much current to prove fatal.

How Does ESD Happen?

Where does this current come from? According to the Electrocution Lawyers, “Electric shock drowning occurs when an electrical current, most often from a short circuit in electrical wiring of a dock, boat, or pump, spreads through the water.” This can happen in a fresh water lake next to a dock or boat, or in a pool due to a faulty pump or electrical device in the water. In fact, there were 14 ESD-related swimming pool deaths between 2003 and 2014.

However, grounding electrical systems on boats—in other words, giving excess electricity somewhere to go in the case of equipment malfunction—is much more difficult, because that electricity can so easily slip into the water. In an effort to return to its source to complete the circuit, current will often get “stuck” looking for a return path. When it does, it may use people or pets swimming nearby as conductors, often killing them in the process.

It’s important to note that this refers to current flowing through fresh water. When current flows through saltwater, which is much better at conducting electricity than fresh, it will usually go around a person and cause them minimal harm. However, fresh water isn’t as good at conducting current—but the human body, composed mainly of saltwater, is. A person who is swimming in fresh water when current leaks in will conduct that electricity better than surrounding water, and is therefore likely to be electrocuted.

How Can You Prevent ESD?

When an electrical system shorts out or becomes faulty, there are usually systems in place on boats, docks, or swimming pool pumps (to name a few) that prevent the problem from becoming dangerous to people. To prevent dock, boat, and pool systems from shorting out and causing potentially dangerous situations, it’s important to keep these electrical systems functioning properly, and inspect them routinely. You need an AC safety ground fault, as well as ground fault protection, to ensure the greatest chance that a problem won’t turn into a mortality. See this Water Electrocution Safety page for more tips on how to protect yourself.

You should also know the signs of possible danger so that you can get out of the water when a potentially fatal or injurious situation is at hand. For instance, if you see underwater lights blinking or flickering erratically, that could be a sign of a short and you should get out. It’s also important not to be in the water before, during, and after a lightning storm. Even if your job depends on getting a task done, do not try to perform that task in dangerous circumstances (find out more about Electrical Risk Assessment).

Workers Comp for ESD on the Job

Many ESD injuries occur during leisure time, but they can also occur on the job. The Occupational Safety and Health Administration (OSHA) reports a number of related injuries every year. And while ESD can lead to death, that isn't always the case. Serious electrocutions can lead to disability instead, including muscle damage, nerve damage, and harm to other systems in the body. In order to stand the best chance of recovery, you need to know the Michigan workers compensation rules, which will likely mean working with an attorney on your case. Understanding benefits, your employer’s legal responsibilities, and timelines for filing are all crucial if you’re to get the compensation you deserve. 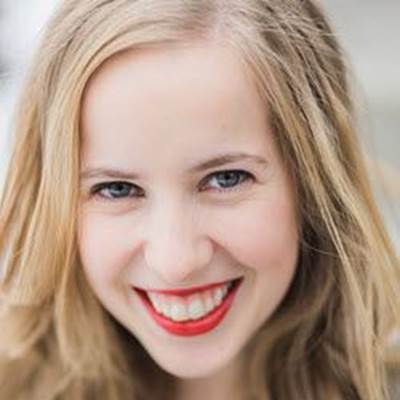