What Athletic Research Can Teach Us: 5 Tips for Optimal Hydration on the Job

By Bubba Wolford
Published: May 12, 2020
Presented by The Sqwincher Corporation

Research on athletic performance can teach us a few counterintuitive (but effective) hydration methods.

If anyone is concerned with hydration, it’s fitness professionals and their clients. Being properly hydrated can make the difference between getting through long, intense workouts and, well, not. It can also boost performance, which is especially important during competitive events.

Researchers have looked extensively at the impact that hydration has on athletes and athletic performance. But can we apply the research to workers in other fields?

You bet we can.

We’ve broken down some of the findings from the latest athletic research to offer you guidelines and insight into how best to hydrate while on the job.

Understanding the Importance of Hydration

The significance of proper hydration is difficult to overstate. We’re comprised of up to 70 percent water, and it’s a necessary component for our bodies to function optimally.

A loss of just 2 percent of body fluids (an amount you can easily lose through perspiration) can cause noticeable decreases in physical and mental performance. And research has shown that a 5 percent body fluid loss can reduce work capacity by about 30 percent. It also increases the risk of nausea, diarrhea, vomiting, and gastrointestinal issues (learn more in Dizziness, Disorientation, Loss of Consciousness – The Dangers of On-the-Job Dehydration).

The effects of dehydration are also long lasting. A study published in the International Journal of Psychophysiology looked at a group of men who experienced exercise-induced dehydration to the point of losing up to 2.8 percent of their body weight from sweating. Researchers found that the cognitive abilities in those men decreased – and that even 3.5 hours after being rehydrated, they still felt sluggish.

So, hydration is clearly important for athletes and workers alike. Keep reading for tips that we extracted from the research into the link between hydration and performance.

Believe it or not, the temperature of the water you drink matters when it comes to boosting performance and keeping the body cool.

A recent study measured the effect of drinking cold water on endurance, strength, and power. The researchers found that the group of subjects that drank cold water delayed the increase in their core body temperature by at least 30 minutes, compared to just 15 minutes for the group that hydrated with warmer water. While strength performance decreased slightly in the cold water group, researchers concluded that the cold water helped boost power and endurance performance in about half of the subjects.

Another study found that participants who drank cold or cool fluids consumed about 50 percent more than those given warmer fluids, and increased intake is key for keeping dehydration at bay. It’s no surprise, then, that water temperature also had a significant impact on the participants’ dehydration status. A 150-pound man, for example, lost approximately 2 pounds less body fluid when consuming cold water than he would have if he were drinking warmer water.

Tip #2: Pre-cool Before Working in a Hot Environment

The practice of pre-cooling to increase heat storage capacity has received a lot of attention from sport scientists. In simple terms, it’s about using cooling techniques to lowering an athlete’s core temperature before they engage in physical activity in order to combat heat stress-induced fatigue and illness and perform better in hot or humid conditions (learn about 7 Lesser-Known Factors That Contribute to Heat Stress).

While pre-cooling methods like full-body cold water immersion and cryotherapy aren’t necessarily appropriate or accessible for those of us who aren’t athletes, there are simple ways for workers to lower their body temperature and increase heat storage capacity before work:

Tip #3: Not Sure How Much You Should Be Drinking? Weigh Yourself

There’s no real consensus on how much fluid we should drink, and that’s because every body is different and has unique hydration needs. One way to estimate the volume of fluid your body needs to stay hydrated is to weigh yourself before and after work.

Step on the scale before you go to work for the day. When you return home, weigh yourself again and calculate the difference. For each pound you’ve lost, you’ll need to drink an extra 16 ounces of fluid.

For example, if you drank 8 ounces of fluid over the course of an hour of working outside and lost one pound, you’ll need to drink 8 ounces plus an extra 16 ounces (that is, 24 ounces total) next time to ensure proper hydration.

Tip #4: Choose Your Drink Based on How Long You’ll Be Working

Researchers have found that the amount of time you’ll be doing physically demanding work determines the type of fluids your body needs.

The American Council on Exercise advises athletes to pre-load with an electrolyte solution two hours before a long-duration workout or endurance event. For workers, this would be the equivalent of a long shift in conditions where you expect to lose a lot of body fluids through perspiration (learn more about Electrolytes: What They Are and Why They Matter for On-the-Job Hydration).

Switch to water immediately before beginning your shift and then follow these guidelines:

Tip #5: Don’t Stop Hydrating Once the Work Is Done

Hydrating before and during physical work is important – but hydrating after is just as critical. And according to a study published in Applied Physiology, Nutrition, and Metabolism, milk (or a milk alternative) is the ideal fluid to use for rehydration.

In the study, researchers subjected 15 men to four rounds of cycling on separate days. After each workout, they were given a fluid – cow’s milk, soy milk, a milk-based meal supplement, or a sports drink – and researchers measured their blood and urine to determine hydration and nutrient levels. They found that all three milk products rehydrated the participants better than the sports drinks did.

"What about water?" you might ask. The researchers also note that drinking water after exercise causes sodium levels to drop and can actually lead to even greater dehydration. So while water is a good choice before and during work, it’s not helpful in rehydrating after a long day when your body is depleted.

We can learn a lot about our bodies by studying those who push theirs to the limit. Research on athletes can teach us plenty about optimal hydration for everyday workers.

After reviewing these tips, ask yourself one last question: does your workplace hydration plan need updating? 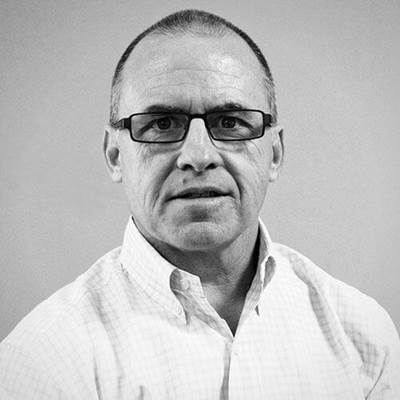