The digital revolution is radically transforming workplace safety by democratizing data and placing it directly in the hands of workers.

Over the past 250 years, the world has experience four major industrial revolutions.

The first took place in 1765 with the advent of the steam engine. It allowed us to mechanize production, which gave birth to modern industry.

That industry was advanced significantly in 1870 with the second industrial revolution. That one came about with the widespread use of electricity, oil, and gas.

The third revolution followed in 1965, thanks to world-changing advances in telecommunications, electronics, and computers.

The fourth industrial revolution doesn't have a firm date yet. That's because we're currently living through it and still witnessing its emergence.

Although we're only at the beginning of the age of Digital Industry, it's already driving impressive improvements in workplace safety.

What’s striking about the fourth industrial revolution is the speed with which companies have adopted it. Over the past 20 years, we have seen companies embrace technology that democratizes data and empowers the workforce.

The increased affordability of advanced technological solutions has been one of the major factors in this eager adoption. In the early years of the computer age, a brand new computer would cost the equivalent of $95,000. In 1970, buying a cell phone would drain $4,000 from your bank account. By 1990, computers had finally become so affordable that many households had their own personal computers, but the internet could only transmit data at a snail's pace.

Fast forward 30 years to the present decade and those barriers have almost entirely disappeared. Laptops and smartphones are now considered essentials instead of luxuries. And even the devices we carry in our pockets can transfer data at rates unheard of in the pre-WiFi days.

Now, anyone who wants to sell something can set up a shop in a matter of hours for less than it would cost them to sign up for a gym membership.

That same accessibility can help us improve workplace safety by putting more power in the hands of workers.

Before this digital revolution, there were very few people working on safety reporting and behavior-based safety. Workplaces were plastered with signs encouraging safe work processes and boasting the number of days since the last incident.

But if you were to ask the CEO or an executive how many near misses they had, they would be hard pressed to give you a concrete number. Ask a worker what PPE they needed to safely operate their equipment and they might have to pull out a binder to find the answer.

Thankfully, we've moved beyond those days. Over the last decade, advances in safety software, online resources, and safety apps have given everyone on the jobsite access to safety data and the safety information they need.

Smartphones Are Part of a Worker's PPE

Online applications helped bring about this change, but it was the spread of smartphones that truly democratized safety. Numerous companies have developed apps for health and safety, safety training, hazardous material management, lone workers, and environmental sustainability. And we're only getting started.

More and more companies are using EHS and Supply Chain Accreditation software to digitize their safety programs and join in Industry 4.0.

We predict the market usage of digital safety software will nearly double over the next four years, growing at adoption rates just over 10% CAGR. Companies using software are seeing a 60% reduction in incidents year over year, a 137% reduction in TRIF rates, and a third of our customers are experiencing zero incidents a year.

All of this has been achieved by focusing on two core areas: connecting workers and democratizing data.

Connected workers are workers who can use apps that power safety, and that is the key to realizing the full benefit of behavior-based safety.

Digital solutions empower the workers directly, with everything from just-in-time training to immediate near-miss reporting. Using digital solutions to put those capabilities directly in the worker's hands makes companies stronger and safer.

The more workers adopt these solutions, the more data a company can gather.

Our customers submit hundreds of thousands of forms every month, filled with data points gathered and recorded by their front-line workforce. That data is then mined for insights, which in turn will make workers even safer.

A fully digital industry, then, democratizes data in two important ways. First, the entire workforce contributes to the creation of a more comprehensive dataset. Second, that information is then used to provide every worker with data-driven safety processes based on predictive analytics.

(Learn How Predictive Analytics Is Changing the Game for Safety Reporting)

The fourth industrial revolution is reshaping the world at unprecedented speeds. By truly democratizing safety and placing all of this power directly to the worker, we are quickly moving to a future where every company has the opportunity to achieve something that has long been promised: an incident rate of zero. 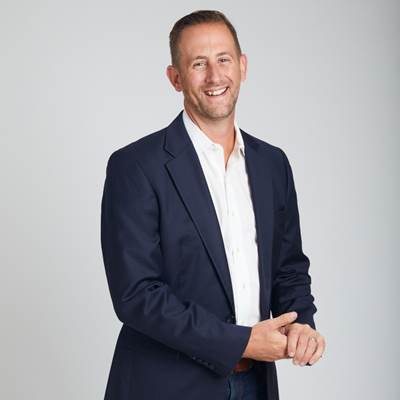 Tyler Davey is Chief Executive Officer for Alcumus in North America and has 20+ years of experience working across both technology and business. He is responsible for developing and growing the brand in the North American market, managing the full suite of products in North America, and driving the business through organic and further acquisition opportunities.

The Top 4 Levers That Will Drive Safety Forward in 2022