My son has built LEGO sets designed for 16-year-olds.

Is he a genius? I doubt it. He still hasn’t mastered eating with a fork.

The reason these sets come together so well is that he's really good at following the step-by-step, fully illustrated instructions that come in the box.

Clarity is one of the reasons LEGO instructions are so beautiful. They’re 100% visual, with no copy whatsoever. That means they can be used around the world without translation.

Clarity is a nice perk when it comes to LEGO instructions but it's critical when the stakes are much higher. When someone is learning how to operate a large aircraft, the instructions had better be crystal clear or there will likely be big trouble.

After studying start-up procedures (which is industrial-speak for instructions) for everything from flight simulators and bulldozers to excavators and furnaces, boilers and centrifugal pumps, I can tell you this: clarity is key to successful start-up procedures.

Here’s an example of a recent start-up procedure gone sideways from the Bureau of Safety and Environmental Enforcements (BSEE).

In January 2019, a fire occurred on a production platform resulting in damage to a glycol reboiler unit and compressor building.

Prior to the fire, and after an extended shut-in, personnel began the platform start-up process. The field foreman ignited the glycol reboiler and set the temperature to 200oF. The foreman continued the start-up by increasing the temperature to 250oF, but did not initiate circulating the reboiler fluid contents.

BSEE’s investigation revealed that the operator’s start-up procedure did not provide specifics on the rate of temperature increase when starting the reboiler after an extended shut-in, nor did the procedure note that the reboiler should not be left unattended during start-up.

Clear and properly implemented start-up procedures would have decreased the likelihood of this event from occurring.

The Power of Checklists

Chet Brandon of LeadingEHS.com shared the story of the tragic crash of the prototype B-17 in 1935, a high performance aircraft, which helped drive the use of checklists in aviation.

To avoid another accident, Air Corps personnel developed checklists the crew would follow for takeoff, flight, before landing, and after landing.

The idea was so simple, and so effective, that the checklist was to become the future norm for aircraft operations. The basic concept had already been around for decades, and was in scattered use in aviation worldwide, but it took the Model 299 crash to institutionalize its use.

Decades later, many of these principles were applied to the impact of procedures and checklists with the Apollo missions.

One way to ensure that checklists, start-procedures, and instructions are followed is by printing these messages on rugged signs and labels specifically designed for industrial applications. Make sure to use labels, stickers, and tags that are designed to withstand extreme conditions.

Want to keep your team on its toes? Drop in uninvited on normal start-ups and shutdowns, just to make sure all established procedures are being followed to the letter.

If your procedures aren't being followed carefully, reiterate their importance and most of all, make sure you're as clear as can be. 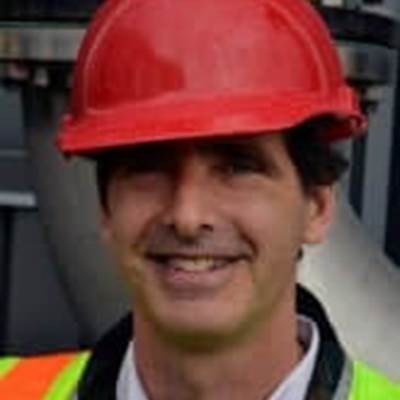 Jack Rubinger has 10+ years of experience writing about workplace safety, construction, lean manufacturing, warehouse management, visual communication, healthcare, agriculture, education, and technology. His articles have been published in a wide range of media, including ISHN, EHS Today, New Equipment Digest, Industry Week, and many others.

Getting Started with a Basic OHS Program