Recent decisions by the United States and Britain are reshaping the political landscape so that we may soon be living in a post-globalized world. This shake-up poses a challenge for the establishment of international safety standards, causing uncertainty across various industries.

The sudden and dramatic events of the vote for Brexit in the UK and the election in of Donald Trump under the banner of "America First" have slammed the brakes on the spread of globalization.

Both events have a serious impact on the world’s economy by raising the previously unthinkable issue of barriers to trade. The withdrawal from block trade agreements on tariffs and movement of goods and labor throws the emphasis back on internal supply chains and, by extension, internal regulations on health and safety (see What Does Brexit Mean for Health and Safety? to learn more).

Trading Blocks and the Rise of Globalization

Trading blocks like the EU set out, in theory, to expand internal trade between a group of countries facilitated by the free movement of capital, goods, and labor. The harmonization of regulatory standards lubricated these flows. However, the goal of trade creation (as opposed to trade diversion) became hampered by the overly zealous imposition of ever more prescriptive regulation.

The EU was not merely a trading block but became a political entity, with an ever closer union as the goal of some of its members. The introduction of the Eurozone created a dichotomy between the countries within it and those that stayed outside. Implicit in the Eurozone was the need for the harmonization of taxation, banking, and financial planning. The resulting fractures in Greece and Italy are examples of how the fault lines of national identity and culture break at these forced standardizations.

The long negotiations for the trade deals between the USA and Europe have abruptly halted and are, in the current climate, unlikely to be resumed. An important part of negotiations is the standardization of regulatory controls. The collapse and withdrawal from agreements means that the “exiters” can gain control of their own borders, labor force, and internal regulation.

Integral to globalization is the sourcing of supply chains to low-cost locations, which has become a means of exploiting local resources, whether in the form of natural resources or cheap labor. While benefiting multinational organizations, the context of the countries that became part of the resource food chain meant that labor and its health and safety needs became a cheap resource. On the back of this, international standards, such as OHSAS 18001 and the proposed ISO 45001, sought to bring some semblance of stability and order to an otherwise chaotic mix of local practices and cultural context.

But what now? If countries are retreating from trading blocks and striking bilateral agreements and creating protectionism within their internal borders, what is the role of the standardization of international regulation?

Are we entering a phase of commercial piracy where "might makes right" and regulations become an unacceptable constraint? Or where trade deals between countries who feel themselves culturally aligned means that there will be a harmonization of standards between these countries that differs dramatically from other trading nations?

The World Trade Organization's rules might be the default position for those seeking to establish a new world order. So, how does 18001 and 45001 look from this perspective? Would compliance be a demonstrable advantage or an unnecessary constraint? Will the USA withdraw from 45001 development? Will 18001 be the future "go to" standard?

One thing is certain: all bets are off. There will be a global free-for-all as the USA closes its borders and suppliers have to seek new markets. Britain will establish new trading deals with many new and old trading partners, and existing trading blocks will have to review their potential growth.

These are interesting times indeed!

What Next for Globalization and ISO 45001?

Do Brexit and America First mean an end to the need for global standards like 18001 and 45001? Or is there a new greater need for some objective external standard? Will trade diversion or trade creation take place? What is the role for the supply chain countries?

New trade deals mean new opportunities. How are you and your organization placed to take advantage of these opportunities? Does your health and safety status facilitate acceptance in the new order?

Visit this LinkedIn discussion group to learn more and express your concerns.

Uncertainty Is a Detriment to Investment

How have you and your organization been impacted with the breakdown of different trading blocks? The USA withdrawal from the Trans-Pacific Partnership, Britain’s withdrawal from the EU, and the collapse of the talks between USA and the EU are boulders thrown into the sea of international trade. Have the resulting waves impacted on you and your organization yet?

Investment is driven by the confidence, belief, and certainty of yielding good returns. If a contraction within your sphere of operations leads to a downturn of GDP in your country, can you afford to push for higher health and safety standards in the face of diminishing revenue? Would you like to take part in the survey to reveal what kind of impact these changes in trade patterns have had on investment interventions? And how do you see the role of the future of health and safety, not only in your sector but your country as a whole?

To read more on the subject, visit the ISO45001 Resources website. 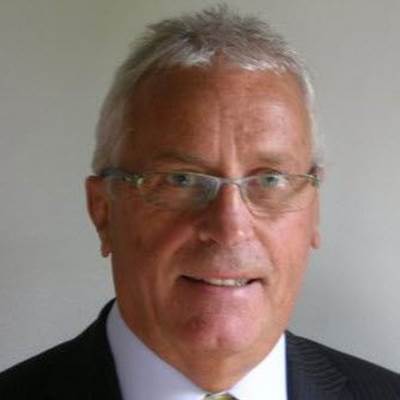