What Does Brexit Mean for Health and Safety?

Next steps in EHS for the British government.

On June 23, 2016, the UK made the audacious and incredibly brave decision to leave the EU. It the largest vote the nation has ever seen with an incredible 73% of the population going to the polling stations. The public who were in favor of leave won narrowly with a majority vote of 52%. The decision certainly puts the UK in a precarious position, with an enormous amount of changes set to come through.

At the moment the UK has the majority of its Health and Safety regulations come from Brussels, with the foundations coming from Article 153 of the Lisbon Treaty. With this treaty the EU body provides a basic structure for all health and safety legislation in working environments. This includes, general workplace safety, working hours and labor relations. The treaty is often altered and updated, but theoretically will be enforced throughout all of the 28 countries making up the EU.

How Are These Health and Safety Laws Viewed in the Business World?

Health and safety legislation has always been a contentious subject within the business community. It is often contrived within the UK as "businesses would rather stick to a national regime as opposed to having to follow EU laws." Some organizations of course do see the value of having EU laws, which means that the whole of the continent abides by the same guidelines instead of the alternative of each nation having their own regulations.

Some business interest groups deem the regulations completely unnecessary. The health and safety legislation in Brussels is often viewed as too political, which can impede trading. With this in mind some organizations will no doubt be pleased with the final outcome of the referendum. The theory is that it will allow the British government to create their own regulations surrounding health and safety, without the hindrance of an EU governing body.

One area of frustration and instability is the inconsistency among EU countries when following health and safety law. Richard Murray who is a consultant for Arinite Health and Safety Consultants in London said, "Britain is certainly one of the stricter nations when it comes to enforcing following rules. Other European countries are far more relaxed." However, the likely scenario is that this is simply a difference in interpretation. With common practices such as employee consultation, fire and explosions and working from height being viewed differently across the EU.

With such heavy criticism, there will be a huge amount of pressure for a reform. This is due to pick up a huge amount of traction, especially with the current conservative government aiming for a restructure in labor law, with health and safety almost certain to be changed.

To begin with, the UK could see Working Time Rights changed. This could, however, prove to be a big stumbling block. Currently EU workers receive a minimum of 5.6 weeks paid holiday per year, this is followed with statutory sick pay. However, a change in paid holiday would not go down well with UK workers. Regulation change like this would be hugely unpopular, as well as being extremely difficult to actually impose. What UK workers could see is a change to their statutory sick pay.

In the environmental sector there appears to be a trend of EU support. In the past the Conservative Party have declared themselves to be part of the ‘greenest government ever.’ Yet this current government appears to be undermining environmental policies in place. These decisions will be at odds with the EU agreements which the UK agreed to, which have been pushing for more energy efficient targets.

One regulation which could be cut sooner rather than later is the Agency Workers Regulations 2010. It is viewed as being too costly for business.

In theory there are set to be a host of changes made to health and safety regulations across industry. Some legislation is often considered time consuming and burdening, which could possibly be cut.

The most important thing to take into consideration is that any changes which will be made, will endure a slow process. The UK is likely to remain under all EU law for at least another two years, during a transitionary period. Regulations could also be dependent on any post-Brexit deal which is made with the rest of the continent.

Predicting what could come after this transitionary period is incredibly difficult. Leave campaigners and a large proportion of the public are calling for a complete withdrawal from the EU. Therefore, allowing a complete reform of health and safety within the UK.

One likely scenario which we could see, would be the UK leaving the EU but remaining as part of the European Economic Area, under the European Free Trade Association. There are nations which occupy this position, but it does not give free trade without legislation, as all nations within the EFTA must comply with EU health and safety regulation.

With the UK stepping out of the European Union it will be fascinating to see what changes might just happen in our work places.
Advertisement 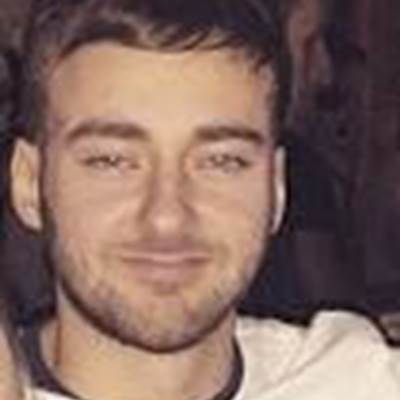 Ed is a freelance journalist, who studied Business at Sheffield University. Now based in London he produces health and safety content related to the workplace.
Follow:

A Primer on Administrative Controls