Putting the Emphasis on Safety: How We Present Safety Matters

Safety needs to stand out. Spelling "Safety" with a capital S is a declaration of its importance.

Have you ever noticed that the names of people, cities, countries, months, days and important places all start with a capital letter? Titles, car types and many abbreviations for words are honoured with a capital. In short, we tend to use capitals to denote important words.

So, why not a big capital “S” for Safety for all to see? The only logical answer I can find is that it is not traditional to do so. If that is the case, then it’s time we updated the tradition. Why shouldn’t Safety have a capital ”S"? It has never been so important as it is now with so many lives depending on it. I’ve given it a capital for years except when Microsoft Word drops it back down to a small “s” when my back is turned.

These Days, We Know Safety Matters

I can remember, not that many years ago, when Safety was for "wimps" or "mama’s boys" as they were called back then, because real men just used their common sense to survive and didn’t need silly Safety rules to dictate what they could or couldn’t do. Sure, some of those without common sense were killed, but it was survival of the fittest and good for the gene pool.

Then, organizations like CCOHS (Canadian Centre for Occupational Health and Safety) and OSHA (Occupational Safety and Health Administration), began to make Safety rules. Please note that these Safety organizations were given capital letters, but not Safety unless part of the title. The FAA, CAA, ICAO, TC, etc. also got into the Safety business and with regulations and rules untold thousands of lives have been saved, but no one thought to recognize Safety for the importance in saving lives that it deserves. (Learn about The 7 Most Important Pieces of Safety Info Employees Need to Know.)

Safety Is a Part of Our Lives

I believe that today, Safety is an important factor in a person’s life. Today, they won’t allow you to take a child home from the hospital without a Safety approved car seat.

Lee Iacocca thought he was right at the time, in 1971, when he said, “safety doesn’t sell" cars and refused to authorize a $1.00 per car fix to the Pinto gas tank because it would be cheaper to pay out for the odd person who would get burned in a rear end car crash. (Over 500 would suffer that fate with 27 being fatal in Pinto rear end collision accidents.) But he was so very wrong when people realized that the car was unsafe and shortly thereafter they went out of production (1980) even with the fix. So, the Pinto earned a capital, but not Safety that today sees cars with shoulder harness seat belts, airbags, collapsible steering wheel, crumple zones, reinforced doors that don’t jam, and so on. (For related reading, see Seat Belts: The 2 Second Fix That Could Save Your Life.)

Safety Is the Expectation, Not the Exception

Today, Safety does sell and is expected. Without Safety, no company will remain in business for long. Thus, it is time that Safety receives the importance and respect it deserves. Safety deserves a capital “S”. I, for one, will spell it that way and if you are serious about Safety: I urge you to do the same. 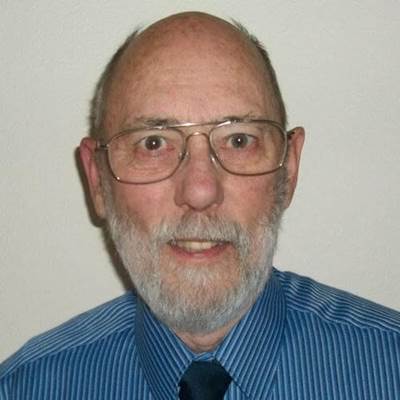 Gordon Dupont "The Father of the Dirty Dozen"

Gordon worked for Transport Canada from March 1993 to August 1999 as a Special Programs Coordinator. In this position he was responsible for coordinating with the aviation industry in the development of programs which would serve to reduce maintenance error. In this position he assisted in the development of Human Performance in Maintenance (HPIM) Part 1 and 2. The "Dirty Dozen" maintenance Safety posters were an outcome of HPIM Pt 1.Prior to working for Transport, Gordon worked for seven years as a Technical Investigator for the Canadian Aviation Safety Board later to become the Canadian Transportation Safety Board. In this position he saw first hand the tragic results of maintenance and human error.

What's the Difference Between Safety Leadership and Safety Management?

Why Your Whistleblower Policy Is Important for Your Safety Culture