Because of anatomical differences in men and women's feet, men's work boots are not appropriate safety footwear for women.

The number of women working in construction and industrial workplaces has risen and will continue rising. Because of that, there has been a corresponding increase in demand for safety gear specifically designed for women.

Manufacturers are starting to recognize that the "one size fits all" model is no longer effective when it comes to personal protective equipment.

(Find out Why One Size Does Not Fit All When It Comes to Protective Clothing.)

This is especially true when it comes to work boots.

Not too long ago, women in the workforce didn't even have the option of buying work boots specifically designed for women. They were forced to wear men's boots instead.

Now, that's changing. But the question remains: does it really matter? Are men's and women's foot structure so different that it warrants boots built specifically for their feet?

Let's take a closer look to find out.

Differences Between the Male and Female Foot

Your first guess might be to assume that a woman's foot is just a smaller version of a man's. But that's not exactly true. At least, it's not the whole version of the truth.

In general, women's feet are smaller than men's. But there are also some very specific anatomical differences.

According to research from the New York University School of Medicine, male and female feet differ in both size and shape.

The study showed that men's feet are typically longer and wider than women's. It also notes that women tend to have a higher arch than most men. The heel region of a woman's foot is also significantly smaller in comparison to a man's foot.

The study's authors state that "geometric differences between male and female feet can be the decisive factor of whether well-fitting, functional, and comfortable footwear is available for both men and women."

(Learn about 5 Factors that Impact Women's Safety in the Workplace.)

So, what does this mean when it comes to work boots?

Footwear companies build their work boots based on a foot form, or "last," which is basically a mold that determines the size and shape of the shoe.

Many manufacturers will build their men's and women's work boots on the same last and simply market some of their boots to men and some of them to women.

Because of the key geometric and anatomical difference in men's and women's feet, it's important for women to purchase work boots that have been specifically designed for the shape and size of the female foot.

Manufacturers who use a woman's last will end up with a product that better adheres to the female foot. This means women can be equipped with work boots that are more comfortable for all-day use while offering superior protection and functionality.

(Learn How to Care for Your Work Boots.)

Some women, especially those living in rural areas, still struggle to find a pair of boots that is designed for them. When local retailers only carry a limited selection, they may have to buy men's work boots.

It's important for women in this predicament to understand the difference in sizing.

Generally speaking, a man's shoe is roughly two sizes smaller than a woman's shoe. So, if you typically wear a size 9 in women's footwear, you'd want to try on a 7 when buying men's work boots. If you tend to wear thick wool socks, however, a shoe that is only 1.5 sizes smaller may be more comfortable.

Keep in mind, however, that this is not advisable. Women should stick to work boots that have been specifically designed and manufactured for women. If you cannot find suitable work boots locally, there are multiple options you can order online.

If you're buying your first pair of women's work boots after getting used to men's boots, it might take you a bit to get used to the different fit. Men's boots are larger and women who wear them must often double up on socks to fill the space. You won't need to do that with women's-designed work boots.

To find a pair of work boots that fits correctly, you should test several different options until you find something that is comfortable and works for you.

(Find out How to Make Sure Your Work Boots Are as Comfortable as They Can Be.)

You'll also need to determine which safety features are necessary based on the job and work environment.

For instance, do your work boots need to be equipped with safety toe? Is a waterproof feature something that you would desire? Would you prefer an ankle boot or a high-top that has extra ankle support? Do you need a lugged outsole tread for a dirt and rock worksite, or would you be fine with a flatter tread to walk more efficiently on flat, wet surfaces?

If you're not sure, consult your employer or your workplace's safety professional. They will be able to go over the type of protection your work boots need to offer. 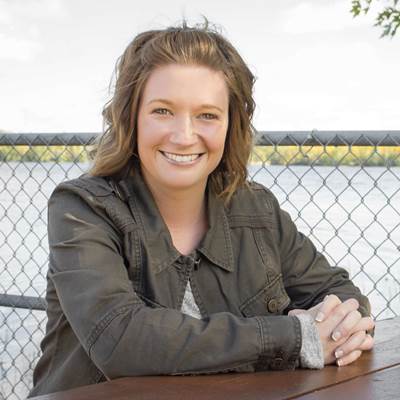 Gina is a freelance writer and content marketing strategist. She primarily works with B2B companies in the safety and industrial markets.

Selecting the Correct Footwear to Prevent Slips, Trips, and Falls

Choosing the Correct Work Boot for Your Job

How to Care for Your Work Boots

Safety Toes: An Overview of the Materials That Keep Your Feet Safe