The Most At-Risk Occupations for Asbestos Exposure

Workers in the construction and demolition industry are at highest risk of asbestos exposure, but they're not alone.

There are several dimensions to occupational wellness and internal, long term health is one aspect of wellness that can be seriously affected by our work environments. It can sometimes be the hazards that we don't see, like combustible dust and invisible fumes, that can have a negative and lasting impact. One such toxic substance is asbestos, a mineral that is small, fibrous, and once included in thousands of products.

The word "asbestos" comes from a greek word meaning “inextinguishable.” The name is no doubt related to the favorable properties asbestos holds, including its strong binding abilities and resistance to fire, water, and most chemicals. These properties are what has made the mineral such an attractive building material around the world.

Asbestos was generally used in the construction of homes and other buildings throughout a majority of the 20th century. It was incorporated into materials like shingles, insulation, cement, and metal sheeting in order to create durable, long-lasting structures.

For those who currently live in older homes or are looking to invest in a home constructed between 1920 to the 1980s, asbestos should be considered when contracting home renovations.

Now that we know the health implications of asbestos exposure, the mineral is regulated in the United States and banned in 55 other countries. In the 1970s, after asbestos exposure became strongly connected to several types of disease and cancers, the Environmental Protection Agency (EPA) and Occupational Health and Safety Administration (OSHA) began to limit the amount of asbestos incorporated into products and materials.

Despite these regulations, asbestos has not been banned in the U.S. and many people are still at risk of being exposed. Exposure to asbestos can cause serious diseases like asbestosis, as well as lung cancer and mesothelioma of the lungs, abdomen, and heart. Mesothelioma is also known to be the most noted occupational cancer, with around 3,000 new cases being diagnosed every year, and it is believed that number will increase in the coming years.

(Learn about Mesothelioma Treatment and Prevention.)

Occupations Most At-risk for Asbestos Exposure

Occupations that are most likely to come into contact with asbestos are those in the construction and demolition industry. It’s even estimated that up to 125 million workers are exposed to asbestos annually.

Asbestos is only dangerous when it becomes disturbed or is considered “friable,” meaning it has been broken into dust-like fibers that can be accidentally inhaled. Therefore, certain occupations are at a greater risk, including the following.

Since asbestos has frequently been used as an ingredient in foundational building materials, those who handle those materials are at a high risk for exposure.

Especially during renovations when existing asbestos-containing materials are being broken apart, workers could unknowingly come across asbestos fibers. For the same reasons, do-it-yourself home remodelers should also be wary of asbestos while working.

When a building is burning and damaged, asbestos fibers may be displaced in the air. When first responding, firefighters are generally outfitted in personal protective equipment (PPE) and masks that help keep out debris. However, it is in the aftermath of a fire, as debris cools and asbestos could still be sent into the air, that those on the job are more vulnerable.

(Learn more about Firefighters and Asbestos.)

Due to the unique characteristics of asbestos, it was often used in car parts, specifically the brake pads and liners. Because up to 1% of asbestos can still be used in products today, some automotive parts still contain it.

Asbestos has been incorporated in industrial piping, boilers, generators, and other parts made resistant to heat and chemicals. Similarly, engineers that work with these types of products and wear chemical resistant clothing should be aware.

The 20th Century railroad industry utilized asbestos in rail lines, brake pads, engines, and more. Those working on trains or rail lines should be aware of the possibility of asbestos and wear the proper gear to protect against exposure.

Asbestos was very commonly used in ship-building, especially in the military and on Navy vessels. A fire onboard a ship would pose a significant danger at sea, so asbestos was used to fire-proof many materials. Shipyard workers and Navy veterans are at high risk for developing asbestos-related diseases.

It’s important to be vigilant and understand the risks if you do work in any of these occupations. Wearing the proper protective gear, like protective clothing and masks, should help prevent workers from inhaling unwanted dust particles, but accidents still do happen. Workers should also make sure all their clothing and footwear has been washed off before leaving at the end of the day to avoid bringing toxic particles home.

Those who think they may have been exposed in the past should keep a watchful eye on their health, especially when it comes to chest pain or respiratory issues. Malignant mesothelioma has a long latency period and can take many years to develop in the body. In these cancer cases, early detection is the key to a more positive prognosis, so communicating your symptoms and occupational history with your doctor can make a significant difference. 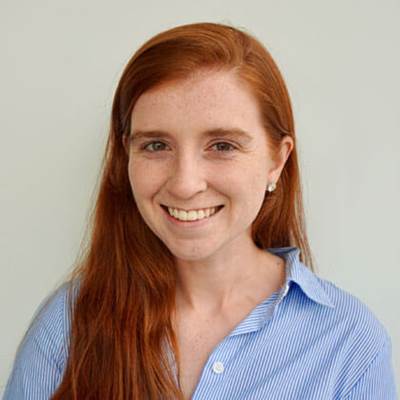 Molly McGuane is a communications professional for the MAA center. Molly is an advocate for victims of asbestos-related disease and those who are vulnerable to asbestos exposure.

Top 5 Places You Will Encounter Asbestos in the Workplace