As I’m writing this, there are 32 rule-making items in OSHA’s regulatory agenda; six in the final rule stage, seven proposed rules, and 19 still in the pre-rule stage. I’ve never seen so many! But, there’s one in particular that I’ve been keeping an eye on for years due to the world of good it will do in cleaning up OSHA’s general industry fall protection standards.

Titled “Walking Working Surfaces and Personal Fall Protection Systems (Slips, Trips and Fall Prevention),” this entry in the final rule stage is one of the wordiest. But, its developmental history is much longer than any number of words could suggest. Including previously aborted rule-making attempts that were forerunners of the current proposed rule, we go all the way back to 1973. The new rule may be published in August 2016, but don’t be surprised if we have to wait just a little longer; perfection takes time, after all.

1926 Subpart M is the construction counterpart to 1910 Subpart D. They are similar in that both set forth expectations to provide fall protection and various definitions of hazards and how to adequately deal with them.

While 1910 Subpart D for general industry encompasses all sorts of fall scenarios, 1926 Subpart M is only the beginning of our regulatory guidance for construction activity. For specific fall protection concerns in construction activity, we can refer to 1926’s Subpart L for elevated working platforms such as scaffolds and aerial lifts, Subpart R for steel erection, and Subpart X for stairways and ladders. These 1926 construction subparts go into considerable detail and are a little better organized and focused than 1910 Subpart D mostly due to continuous improvement and revision over the years.

Though there are similarities in scope and function, there are some unnecessary and counterproductive differences between the general industry and construction standards. For example, some of the standard definitions for construction activity are different from their general industry counterparts (a floor hole is a good example). And, therefore, allowable practices for one industry may not be acceptable for the other, even though the hazard is the same. Fortunately, the proposed rule aims to remedy this.

But, there is one notable difference that OSHA has wanted to eliminate for many years, and for good reason. 1926 Subpart M addresses personal fall arrest systems (PFAS) and restraint systems. If we want to know the minimum required tensile strength of snap hooks, anchorage specifications, or maximum fall arrest distance allowed in a PFAS harness, we’ll find what we need to know by reviewing 1926 Subpart M.

But, 1910 Subpart D doesn’t address these systems at all. PFAS in general industry is only addressed by 1910 Subpart F, which applies solely to “…powered platform installations permanently dedicated to interior or exterior building maintenance of a specific structure or group of structures.” And, the wording of the PFAS provisions that apply to these limited general industry activities isn’t always consistent with the requirements for construction activity. Developing comprehensive and up to date PFAS requirements for general industry use has been on OSHA’s agenda for many years.

A History of the Harmonization Effort

Before reading any further, put on your full length vinyl coat (or any other wizard threads you may have available), grow out some seriously long sideburns, and fill up your car with leaded gasoline; we’re going back to the early 1970s!

OSHA first proposed revisions to 1910 Subpart D in 1973, but that proposal was withdrawn in 1976 because it was deemed outdated. So, OSHA considered information and feedback received from the general public and decided that a more thorough research effort was required before it could publish an effective revision. OSHA accumulated technical information for over a decade. Researchers at universities, industry associations, consensus standard publishers like ANSI and ASTM, and many other interested parties contributed to the effort.

Prior to proceeding, please put your Barry White 8-track away and go get your Whitney Houston cassette.

This combined proposal was intended to “…remove ambiguities and redundancies in the existing standards, simplify and consolidate existing provisions, and use performance language instead of specifications where possible.” Specifically where fall protection systems were concerned, Subpart D would address the duty requirements, and Subpart I would address the specific criteria for the systems (1926 Subpart M for construction addresses both duty and system criteria).

OSHA didn’t pursue the proposals any further. A final hearing took place late in 1990 and then OSHA shelved the revisions. So, now we’ll jump into the current Millennium.

OSHA reopened the rule-making record in 2003 and republished the 1990 proposal. Since so much time had passed, OSHA wanted to refresh the public record and gather up to date guidance on technological advances, which they did for seven more years prior to proposing a new rule in 2010.

Generally, what OSHA is trying to accomplish is:

The proposed changes to the definitions paragraph in 1910 Subpart D alone is admirable, as there are too many terms which have multiple definitions. OSHA is even going so far as to harmonize definitions between terms found in the 1926 construction and 1915 maritime standards, which can only be a good thing.

Harmony is never a bad thing when rules are involved. One of my favorite provisions of the proposed rule is that requirements for scaffolds used in general industry will now simply defer to the construction requirements found in 1926 Subpart L.

Almost no one complains when requirements disappear, and the proposed rule will eliminate some. A well-known requirement in general industry is to post floor load limits. I questioned the utility of this requirement when I was at OSHA, but I was under orders to address it with employers when the posting wasn’t present. Buildings are engineered for specific purposes. If forklifts or other contraptions will be operating, then the building plans will specify how strong the floors need to be where forklifts will operate and can be consulted at any time. Posting load limits just isn’t necessary and employers won’t be required to waste their time doing this when the proposed rule becomes final.

There is a possibility that when the rule becomes final, there will also be some provisions not yet included in the proposal. For example, OSHA is considering whether to include fall protection requirements for rolling stock, such as railcars and truck trailers. Currently, there is no requirement to do so. As with any rule-making process, we’ll only know for sure what’s included in the final rule when it’s published.

When Will The Final Rule Be Here?

According to OSHA’s regulatory agenda, the final rule is estimated to be published in August 2016. However, these estimates are frequently pushed back. In 2014 I spoke at a few safety conferences about this rule-making effort because action was expected late in the year. We may not see a final rule as soon as August, but I don’t think it’ll be too much longer.

I don’t believe OSHA is, once again going to bury and forget about this rule. At this point, the revisions are too refined and substantial to delay any longer. While some people sound the alarm anytime OSHA publishes a new rule, there really isn’t anything alarming about this one; it can only be a benefit to those who are required to comply with fall protection standards. Many interested parties have contributed a lot of time and money to this effort, and who knows how much this endeavour has cost the U.S. taxpayer over four decades; it’s in all of our best interest to have this rule finalized soon. 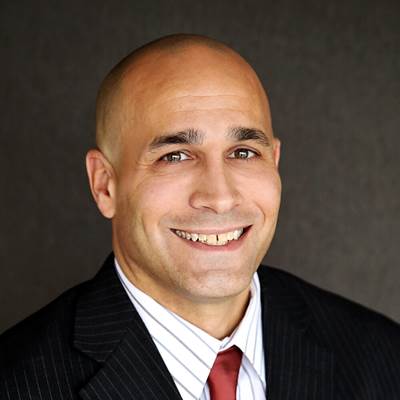 Straight From the Experts: How To Improve Your Total Recordable Injury Frequency Rate on the Job Site

Safety and Overconfidence: 'I Won't Fall'

Top 10 OSHA Safety Violations You May Have Committed Last Year