ALERT Upcoming Webinar | #TrueNorth: ESG-EHS Are You and Your Company Future Fit? | Tues., May 24 at 11AM ET
Advertisement

As of late, employers are becoming more aware of factors contributing to positive mental health of employees in the workplace. The strategies to promote mental health in the workplace are various (for more, check out 8 Strategies to Promote Workplace Mental Health), but often don't include the promotion of physical health as a strategy of mental wellbeing. Physical health has a direct link to mental health, and ought to be included in action plans to promote employee wellbeing.

We all know that there are multiple benefits associated with being physically active on a regular basis. Blah blah blah. We’ve heard it before, and we still don’t have time to fit in a workout. We’re too busy working. Plus we’re too stressed to workout. You know, because we work so much. We’re tired, we’re stressed, and we’re too busy working to be active. We spend so much time trying to work and be productive that by the time we’re done we’re too exhausted to do anything except binge watch our favorite shows on Netflix.

Lets face the facts: we care about our bodies, but we care about productivity more. It is for this very reason that we should encourage the activity of staff - especially sedentary office staff. It is common knowledge that exercise is good for the body, but the effects of exercise on the brain are less well known, though arguably more important. Not only do studies show that increased activity levels promote higher energy levels reducing fatigue, exercise is responsible for the release of several neurotransmitters responsible for a higher level of brain function.

There is a host of research to support the idea that exercise gives you more energy and actually helps with feelings of fatigue. A study done by the University of Georgia found that in individuals that experience regular fatigue, there was as much as a 20% increase in energy in these individuals when they engaged in 20 minutes of low intensity exercise 3 times a week. When we exercise, the body responds physiologically in ways, many of which we are familiar with because they are easily observed. These responses include increased heart rate and breathing, as well as an increase in metabolism and a rise in body temperature. The body responds to exercise by releasing hormones, which stimulate different physiological responses. Exercise stimulates the release of four major neurotransmitters: cortisol, norepinephrine, dopamine, and serotonin. Each of these neurotransmitters plays a different role in brain function.

Cortisol has a bad rep. It has been deemed responsible for weight gain by several different dietary supplement brands. In fact, cortisol is the primary stress hormone, which functions to restore homeostasis or balance within the body in response to change, otherwise called stress. Cortisol affects potassium and sodium levels in the body, as well as functioning as a counter to insulin by promoting higher blood glucose levels. Less widely known though, is the role that cortisol plays in memory. An increase in cortisol levels is associated with higher memory function, though too much cortisol can have a detrimental effect on the memory centres of the brain.

Dopamine might be the most important neurotransmitter released during physical activity, as it affects movement, cognition, pleasure and motivation. The frontal lobes of the brain are responsible for memory, attention and problem solving. Within the frontal lobes, dopamine is the neurotransmitter that is responsible for controlling the exchange of information from one area of the brain to another. Simply put, increased levels of dopamine improve your memory, your attention, and make you a better problem solver.

Serotonin is most commonly associated with depression, as it is a neurotransmitter that is responsible for improving mood. Increased serotonin levels are directly linked to mood improvement and lower levels of depression, which is why many health and fitness professionals are heard promoting decreased levels of depression as a side effect of exercise. Serotonin has also been shown to play a role in memory. Like dopamine, low levels of serotonin are associated with poor memory.

Though it seems counterintuitive at first, the best way to battle that mid afternoon fatigue is to get moving. Studies show that for sedentary individuals low intensity exercise is the best for reducing feelings of fatigue. Taking short breaks for activity, like taking a walk around the office, for example, will promote clearer thinking due to the release of the four major neurotransmitters. Instead of hammering out your next big project without a break, take some time to promote the health of your brain. Sharper minds result in higher quality work and can promote an overall boost in productivity with newfound focus. So, for the love of your brain, get moving. 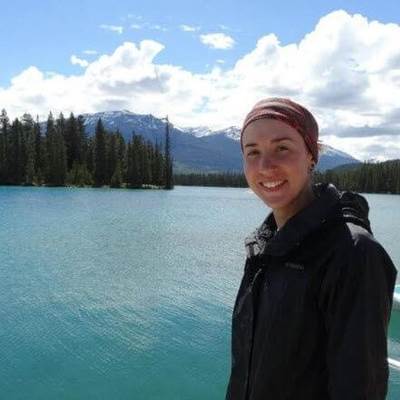 How Planning and Worker Engagement Can Reduce Your Operational Costs

How Industry 4.0 Is Transforming Process Safety