ALERT Learn More | NASP Certification Program: The Path to Success Has Many Routes. Choose Yours

Hard Hats, Safety Helmets, and Bump Caps: A Quick Guide to Choosing the Right Protection for the Job 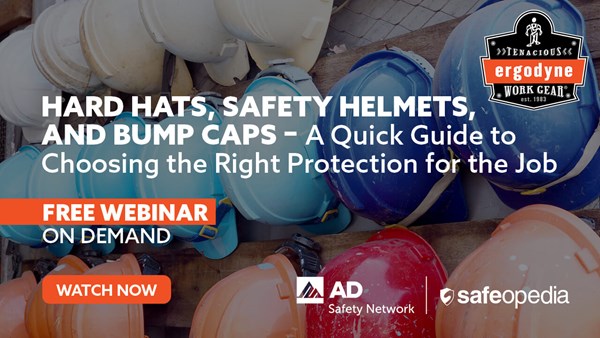 You must register for this event to view the video. Register to watch the video.

According to the Bureau of Labor Statistics, injuries to the head account for roughly 40,000 injuries resulting in at least one day away from work every year in the private sector. Of those, a mere 6% occur in construction, where hard hats are most likely being worn.

Does that mean they should all be wearing hard hats? Likely not.