Respirator fit tests are meant to assess the effectiveness of a mask in a variety of circumstances in order to ensure it will function properly for the employee. Of course, this means there is more to the test than standing still or sitting down since most jobs that require the use of a respirator also involve much more activity. The good thing is that there’s nothing too scary or rigorous involved in fit tests (read about the 6 Factors to Consider When Choosing a Respiratory Protection Device).

Remember, the point is to ensure that the mask fits well and maintains an effective seal so that irritants cannot leak through. Taking a few minutes to make sure the full range of exercises are performed is crucial to keep workers safe.

Have a question? Ask Zac here.

View all questions from Zac Brough. 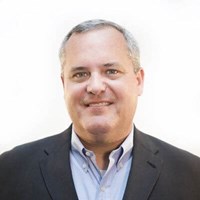 Zac Brough currently serves as President of SafetyWear, a division of Sullivan-Brough, Inc. Zac has over 18 years of safety distribution experience having worn nearly every hat within the SafetyWear organization. He is a second-generation owner of the family business which celebrates 40 years in 2017. SafetyWear has been a member of SMG since April, 2001 and in that time, has achieved both Gold and Peak Performer status as well as earning The President’s Choice Award. Zac has also served on various SMG distributor committees over the years.

More From Our Experts