Behavior-Based Safety - Can it Really Make a Difference?

Behavior-based safety gets results by focusing on internalizing safe beliefs and work practices.

It’s a safe assumption that most people in industry are interested in making the workplace safer. Many approaches to workplace safety have been tried and most of them have shown at least some success.

Here are just a few of the more prominent ones we've seen over the years:

As valuable as these are, all of them suffer from the same flaw. They are external to the worker whose behavior the company seeks to make safer. They act on the worker rather than becoming part of the way the worker conducts themselves. There is also generally no overall assessment to understand how the work environment could be influencing worker behavior.

Behavior-based safety (BBS), on the other hand, works internally, reaching the levers that determine how each of us acts. It does this by taking into consideration the various factors that can impact health and safety in a business, such as the culture, overall knowledge, status of operations, and leadership styles.

(Learn about The Difference Between Safety Leadership and Safety Management)

What Is Behavior-Based Safety?

At first glance, the answer to this question seems obvious: it’s safety that arises from the behavior of everyone connected with the site, from front line workers all the way up to management.

But how is that to be achieved?

Displaying the number of days since the last reportable incident on the site is a good way to remind everyone stepping foot on it that safety is important and that accidents should be avoided.

(Learn more in 5 Things to Know About Safety Signs)

If looking into why there have been no recordable incidents on the site in the past six months reveals that it is due to regular surveillance of the workforce and the installation of guards, safety rails, and the like then that, too, has been worth doing.

But it still isn't behavior-based safety.

If the same research reveals that the clean sheet is the result of beliefs and safe practices that the employees have internalized, that is behavior-based safety. BBS is not about what people do - it's about why they do it.

That distinction is crucial. If employees are only working safely because they are obeying rules that have been imposed on them, the site will not remain consistently safe. For safety to be reliable and consistent, workers need to understand why they do what they do. They must be motivated to work safely at all times, for their sake and the sake of those around them - not because they want to avoid reprimand.

How Does That Internalization Take Place?

The most important step to internalizing safety is understanding why people do what they do. Let's look at an example to illustrate what this means.

A company employed several workers whose job was to operate acoustic drills. These drills can be very loud, especially in enclosed conditions, so the company provided hearing protection PPE and mandated its use. Although working without hearing protection was against the rules, a significant proportion of the drill operators only wore them when management was nearby - and sometimes not even then.

Some of the operators suffered hearing damage at far too young of an age. The company tried all the usual measures to ensure compliance - notices, increased supervision, warnings, generic training programs, you name it. All with little success.

The problem is that they were dealing with the surface problem instead of grappling with its underlying cause.

Now that the company knew the real problem, they could finally look for a solution that would actually work.

(Find out How to Choose the Right Hearing Protection)

As a football fan, I fondly remember watching the Ajax Amsterdam and the Dutch national team in the 70s. “Total Football” was the term given to their style, a reference to a tactical approach in which any outfield player can take over the role of any other player in a team.

That system allowed the teams to achieve unparalleled success both domestically and internationally.

A key to this success was the ability to understand how every part of the team best interacts with the other parts, as well as a strong consensus that every part is equally essential to the collective success.

A total safety culture is one that takes a similar approach to this. It is achieved when an organization fully integrates health and safety into its operation and sets it as a keystone habit that provides a foundation for achieving its overall objectives.

It would be difficult to find an employer or employee who didn’t endorse the idea of building a total safety culture. A total safety culture cannot exist until the people operating inside it see safety not just as something they have to think about but as a core element of who they are.

In a total safety culture, each individual takes responsibility for their own safety and the safety of everyone else on the site. And taking responsibility means doing so in a proactive way rather than sticking to laid-down procedures – looking out for danger and forestalling it rather than just following rules.

That is the goal of behavior-based safety. Not just to internalize safe beliefs and work practices, but to make safety an integral part of the way an organization approaches everything it does.

When workers take care of themselves and each other, it creates a strong safety culture. And companies with good safety cultures are more profitable, have more motivated employees, and get work done on time because they avoid interruptions caused by accidents. They have also realised that a behavior-based approach to addressing safety issues can improve the efficiency of the operation as a whole.

Safety and efficiency. It's a win-win. And what could be better than that? 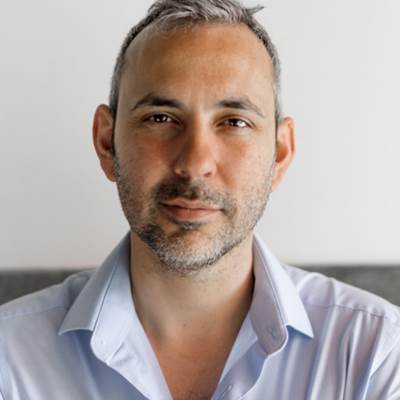 Adel is Managing Partner at Demoura Lawson Consulting and former Vice Chair of IOSH Qatar. He is a dynamic HSE professional with experience in corporate, oil and gas, marine, aviation consulting, and manufacturing environments.