Takeaway: Framing workplace safety in terms of where the company is relative to "the curve" is a simple and effective way to communicate safety needs to management.

The Pitfalls of Safety Lingo

When you open your mouth to talk about safety, do you ever feel like the person on the receiving end looks at you like you had three heads? Especially when it’s your company executive or an operations manager?

I know that’s how I felt at various points in my safety career. We safety people have our own language and it’s often indiscernible to outsiders.

I decided long ago to approach this language barrier by learning to speak in a way that resonates with executives and operations people – the influencers and decision-makers of our safety cultures and budgets. Frankly, it added to my overall business knowledge because I better understand their world and what drives them in their roles.

Credit for my “language transformation” goes to the CEO to whom I reported in my first private sector job. I had spent nearly 12 years of my early safety career as a Safety Investigator with OSHA before transitioning to the private sector. With OSHA, I became skilled at writing iron-clad case files for citations, crossing every T, leaving no detail behind. The Attorney General’s office loved reviewing and defending my case files. I had perfected “safety legalese” in all its dorktastic glory!

Imagine my shock in private sector when the first safety answer I gave my CEO (prepared like an OSHA case file) was met with “Could you please sum that up in 2 or 3 bullet points?” and “Just tell me, are we behind the curve, ahead of the curve, or on the curve with this issue?”

That stung! What about my regulation references and exposure potential details and abatement methods?!

I wasn’t working for the government anymore.

I told him the company was behind the curve. The next question he asked: “What’s the cheapest way to fix it?”

That curve question sent me into a curve momentarily. Then, I adopted it and have used it ever since. I don’t wait for the curve question; I address it head-on. If I am justifying safety training, I point out that an employer is on the curve if they are training on that which is minimally legally required and ahead of the curve if they have added best practice training in addition to meeting the minimum. Behind the curve is powerful to point out gaps or full-blown lack.

Every employer has a business competitor, and executives care how they stack up to their competition. Why not add safety to the competition formula? If a competitor down the street has a safer work environment and is ahead of or on the curve compared to yours, and your turnover is high because of it, those are real concerns and real dollars wasted in recruiting and retraining (learn 3 Ways to Become a Safety Leader).

What about competition between divisions within the same company? Where are they on the curve? What division or division leader wants their location to be behind or dead last among their peers?

If your company is renewing or seeking new insurance vendors for workers' compensation, property, general liability, or casualty coverage, those insurers care where you are on the curve, too. Or, at least their rates reflect their confidence in your company. How often have you, as a safety professional, been asked to meet with insurance brokers and insurance companies to explain and showcase your safety initiatives, programs, and training records?

If you haven’t, ask whoever renews your policies for a seat at that table. What if your safety efforts aren’t even being shared?

If you are involved in insurance renewals, do your executives know you do this? And that your effort is a value-add?

Do your executives know how these insurance rates and your company curve status affects them? If not, share this information. Ask your insurers to explain it in dollars or in percent of dollars saved or lost. They will be happy to support any endeavor to reduce risk and will give you the data needed to state your claim, particularly if you are behind or on the curve.

Ask your insurers how your premiums or administrative costs compare to others with your same SIC (Standard Industrial Classification) or NAICS (North American Industry Classification System) code. Knowing this is another way to plot your company status on the safety curve.

Dollars speak a language executive and operations people understand. It’s where they live and, thankfully, their efforts in that regard keep paychecks rolling and doors open. Why wouldn’t you want to partner in supporting their work? Of course you do! It’s just tricky to turn the world of safety and compliance into a language that fits day-to-day profits, losses, and competitive advantage.

Consider the curve. Where do you feel your company and its division are and how that status impacts the company's goals and objectives? 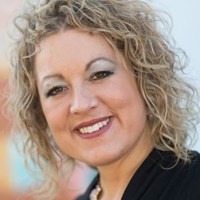 Jill James brings an unrivaled perspective on risk, regulation and liability. With 12 years of experience as a Senior OSHA Safety Investigator with the State of Minnesota, and nearly a decade in the private sector as a safety program manager, Jill is a passionate advocate for training ROI.   Full Bio

How Many Safety Pros Do You Need to Hire?
Common Safety Cliches & Why They Aren’t Helping
Congratulations, You Got the Safety Job! Now What?