Safety and the Sound of Silence - Shock and Awe

To shock the system, we announced that we were shutting the company down―that if we could not execute safely then we would not execute at all. All of a sudden, we had everyone’s attention.

An excerpt from the much anticipated release of Leading People Safely: How to Win on the Business Battlefield

In a more current example, Jetco experienced a wave of safety failures in a short period of time. They all seemed unrelated―different incidents, different operating units, different root causes. There wasn’t time to connect the dots. We needed to act fast. There would be time for reflection later.

To shock the system, we announced that we were shutting the company down―that if we could not execute safely then we would not execute at all. All of a sudden, we had everyone’s attention. Shutting down? What about my job? How can I fix that? In connection with the shutdown, here is the memo we sent:

The rash of safety failures is out of control. Because of this, we are shutting down the company on Monday until you have participated in a required operational safety meeting. If we can’t do our jobs safely, we won’t do our jobs at all.

This means no driver will be dispatched and no one will be working in the office, shop, or warehouse to work until you attend a mandatory shut-down meeting.

We’re going to discuss what is going on and how we’re going to get this right. At the conclusion of the meeting, each of you will be asked to sign a commitment form, recommitting to safe behavior.

That form must be turned in to your manager before you will be allowed to return to work. Again, no one works until they attend this meeting.

In essence, the shutdown grabbed everyone’s attention. The mere gesture of taking a time-out and shutting down operations to get the team realigned is a serious and bold statement that leaves no doubt that management is serious about safety as a core value. While we did not close the company (we are not foolish), we did in fact shut everyone out from their jobs until they attended a mandatory meeting. We limited the size of the meetings to ten people. There was no lecture. We posted the accident photos and let the team talk. We made them personally own the accidents. It is one thing to describe an accident and another to be confronted with photos and forced to react―to discuss what went wrong and to personally commit to change their behavior.

Here are the instructions Brian gave to his session leaders called “The Sound of Silence”:

When you execute the meetings on Monday, remember that silence creates discomfort. As the session leaders, you might be tempted to lecture or break the silence. Don’t!

Start the meeting showing the photos. Then go back to each photo (or incident), one by one. Ask the following of the attendees: What did you see? What would you have done? This dent on the car looks pretty minor, so why are we talking about it? The team should come to the conclusion that the dent could have been a fatality.

You see the point: Ask the questions. Let the team talk. Silence is your friend.

If no one talks, then just sit there. Let it be silent till someone does. Also, ensure that no one person is dominating. If you have ten people in the room, all ten must talk. Talking creates ownership. You must not solve the problems for the team. And, if the team does not figure out and own these issues, then that tells us that we have a lot more work to do―quickly. The less you say as session leaders, the more you will learn.

In March 2016, the Washington DC metro rail shut down completely for a full day for emergency safety inspections. Even though he knew that the shutdown would anger and inconvenience many commuters, Metro General Manager Paul Wiedefeld put safety above all else. Shutting down an entire metro system in one of the country’s largest markets in the name of safety is a tremendous example of “shock and awe.” At the same time, Wiedefeld established himself as a courageous leader, one who clearly put the safety value above any other operational priorities. In an article entitled “After shutdown, Metro riders ask what’s next,” The Washington Post’s Robert Thomson wrote: “Wiedefeld’s response to the cable problem may have signaled something bigger about his approach to the job. The extraordinary shutdown showed that he’s willing to do things differently. That could include a rethinking of the entire rebuilding strategy that Metro has employed for the past five years.”

There will come times in every company’s life cycle where “shock and awe” is needed. Think now about your “shock and awe” plan. When that time comes, you don’t have the luxury to plan. You have to move immediately into execution mode so that the company can return to safety excellence.

This has been an excerpt from the much anticipated release of Leading People Safely: How to Win on the Business Battlefield 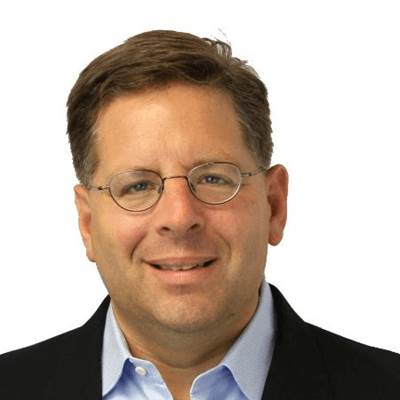 Brian Fielkow is CEO of Houston-based Jetco Delivery. Brian has twenty-five years of business experience in safety-sensitive industries, including as executive vice president of Recycle America Alliance, and is the author of Driving to Perfection: Achieving Business Excellence by Creating a Vibrant Culture (Two Harbors Press, 2014). A Wisconsin native, he lives in Houston with his wife and three children
Follow:

Accidents Can Happen to the Best Companies: Are You Ready?

Being the CEO for a Day - A Safety Exercise