The scarcity of oxygen and the difficulty of evacuation pose unique challenges for space station fire safety.

During his stay on the International Space Station (ISS), astronaut Tim Peake described the fire safety procedures and technology in place. His description taught us that most of the basics of fire safety are the same in space as down here on earth, with a few key differences. Some aspects of life in space make fire fighting and prevention easier, but those very same elements increase the risk significantly, so astronauts have to know their procedures inside out and back to front.

All materials used on the station are tested for flammability in a special chamber that mimics the conditions of space before they actually leave our atmosphere. Only items that are mission critical and have no suitable alternative are allowed on board without passing the test.

This is much the same as earthbound business, where companies have to follow safety regulations when selecting all of the furnishings and building materials they use.

On Earth, smoke rises so smoke detectors are typically set on the ceilings. This isn't the case in space. The flow of air is strictly controlled within the space station, so sensors are placed in the ventilation systems for the best chance of early detection.

Placement of fire detection is critical throughout your premises, as is the choice of detector type for each area in order to prevent false alarms. Detection should be above and close to potential ignition sources and fuel sources, as well as in exits so you know which ones are safe to use for escape and which are not. Bad positioning, too close to certain equipment that gives off steam or dust for example, can also increase your chance of false alarms.

The space station is an island in a very hostile environment and, therefore, requires engineering systems that are very delicately balanced. This benefits the astronauts but it also increases risk. Fire is a huge risk because it burns up oxygen, which is an extremely precious and scarce resource in space. Fire can, moreover, spread very quickly when in the presence of oxygen. The ISS's sophisticated engineering, however, means that ventilation systems can be shut down to reduce the spread of fire between areas.

Larger modern buildings are not very different from this. Building codes ensure that they have ventilation systems designed to prevent smoke from spreading from one area to another if a fire does occur. Fire doors and walls contain the smoke, giving personnel the best chance of escaping and slowing the spread of fire.

The astronauts have backup, since some systems can be operated remotely from Earth. In case of a fire, they can provide assistance by, for instance, shutting down electrical supply to the area where the fire has occurred.

Mostly, though, it will be the responsibility of those inside the space station to fight the fire with CO2, water mist, or foam extinguishers. Astronauts have to wear breathing apparatuses while doing this, since smoke and fire are not the only hazards they face while extinguishing a fire. When we spray a blaze with an extinguisher here on Earth, the water or foam settles with a little help from gravity. In the space station, however, it will remain in the air and pose an additional hazard to the astronaut's lungs.

On Earth, using the wrong extinguisher can make things worse, so regular updates to the fire risk assessment are necessary to ensure that the right extinguishers are in the right place. They should only be used to assist escape or if the fire is in the early stages and not yet out of control. When using an extinguisher you should always place yourself between the fire and the exit, so you won't be cut off from safety.

Evacuation in space is an absolute last resort, as safety is still a very long way away and there is no backup coming quickly. There are shuttles for use in an evacuation if necessary.

Here, on the other hand, evacuation is a priority because safety is just a short distance from the outside of the building and expert firefighters are on their way

While shuttling from one place to another in space, astronauts wear space suits with built-in life support systems. This gives them an advantage with regards to fighting fires that firefighters on Earth don't have. Fire cannot exist without three elements; oxygen, fuel, and a heat source. So in the station the fastest and most effective way to extinguish a fire is for everyone to put on their helmets and then void the station of oxygen in order to extinguish the fire fast. No oxygen – no fire.

Once a fire has occurred in our own home or business, we have the luxury of escape and emergency services to rely upon. If we catch the fire before it is out of control, though, the fire extinguishers are designed to either extract the heat or smother the oxygen long enough for the fire to die.

Although it might be hard to imagine two places to live and work more different than space and Earth, the basic elements of fire safety remain very similar. Once you have a system in place to manage and monitor, fire safety management can seem far less intimidating. 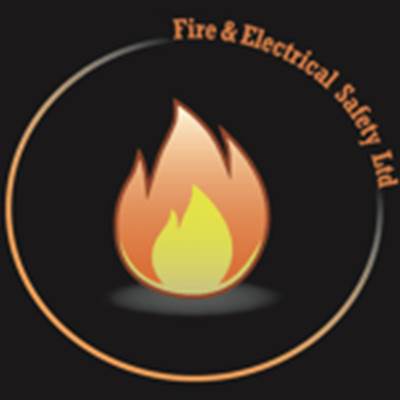 Alex Gleeman works for Fire & Electrical Safety Ltd who are based in Milton Keynes and provide fire safety advice and services such as fire risk assessments and fire extinguisher and fire alarm installations and monitoring to businesses in the surrounding area.
Follow:

Fire Extinguisher Classifications: What They Mean and Why They Matter

Business Safety: The Importance of the Proper Equipment