For years ergonomics experts have warned against sedentary work stations claiming that inactivity encourages injuries including back and neck ailments and metabolic syndromes. The body is not physiologically built for prolonged seated work.

Standing jobs, even in places like factories, have been all but eliminated by technology. This is true in many fields including manufacturing and agriculture where movement a generation ago was the norm. Sit stand work stations allow office workers to change positions from sitting to standing while continuing to work virtually uninterrupted.

In fact, many ergonomics experts and other medical personnel have gone so far as to say that prolonged sitting is dangerous to your health. Consider the following studies:

Businesses want to know that replacement of traditional desks with sit, stand models will be an investment. Not every company needs to install workplace sit stand stations, and not every workstation within a company needs to be sit stand. If the job offers enough variety among sitting, standing, and moving these desks are not necessary.

If the worker can get regular movement out of their seated position like standing or walking for more than a minute every half hour, they do no require a sit to stand desk. In fact, the movement is preferred to simply sitting and/or standing alone.

If you have an aging workforce where there are arthritic joint problems or workers with weight issues, standing may be detrimental to their health. If precision movement and/or eye-hand co-ordination are crucial to job tasks, then standing to work is not a viable option.

So, who would benefit from sit stand workstations? If you have workers who are “tied to their desks” including a computer operator or a phone operator, they would benefit from the opportunity to mix sitting and standing throughout the workday.

How do you decide who receives a sit stand workstation and who does not? There are several ways:

There are some precautions to consider when you are choosing the furniture and where the sit stand stations will be located:

Sit stand workstations are often like a new toy whose novelty quickly fades. Think of ways to see that these workstations give you return on your investment. Contests? Photos? Health literature? Managing by wandering around?

One complaint about stand sit work stations is that they can be noisy, distracting to others and inconvenient in terms of adjusting to using them. Before you buy, evaluate carefully the work stations you are considering purchasing. Ask to test it in your workplace, or, at the very least, in the manufacturer’s showroom. Take people of various heights, age, weight, and work departments to get their feedback.

Look at ease of adjustment from sit to stand and back. For example, those with manual hand cranks often require many turns. They are inconvenient and workers just stop adjusting them or find it physically challenging to do so. They can also be noisy to adjust and disruptive to workers in that department. While these work stations are less costly, they may be poor choices.

Workers often complain of foot or leg discomfort when they first start to use sit stand work stations. Have a workshop on their phase in. The manufacturer will often send a spokesperson to ensure phase in goes well. Manufacturers suggest starting by having ten-minute stand periods followed by twenty-minute sit time, gradually increasing stand time to thirty or forty minutes stand time and forty minute sit time.

Manufacturers also suggest workers use the kind of supportive athletic shoes they would use for walking. Footrests that allow workers to raise one foot up on a box and then change feet will change the active muscles being used and relieve stress on the back. Do not install anti-fatigue matting at a sit stand work station it will only make it more difficult to utilize your chair. The true benefit comes from alternating posture and incorporating movement.

There is also a peer pressure element to using stand sit work stations. Workers do not like to stand out. If you are the only one standing in your department, chances are you will tend to stand less. Manufacturers suggest at first that the stand times be synchronized throughout the department or even the entire company until employees begin to become comfortable seeing people standing. 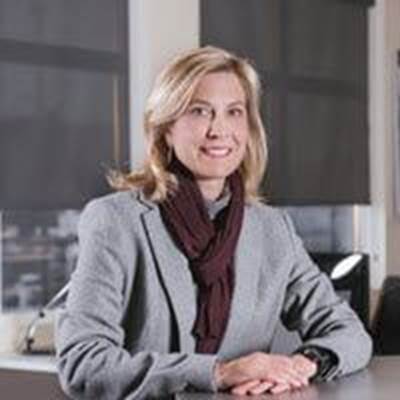