Takeaway: Learn about the possible effects of long-term exposure to microwave radiation.

As cell phones, and wireless communications continue to become an ever-increasing and important part of our lives, it is important to take a moment to become aware of some of the possible side-effects that can occur as a result of prolonged usage. In this article, we'll look at the potential risks and how to reduce them.

The effects of extended cell phone and electronic device use are largely untested, but many safety advocates and lobbyists claim that some of the microwave radiation from cell phones, bluetooth devices and even the transmission towers can be detrimental to one’s health.

These health claims are important for a few reasons. First, cell phone technology was introduced when the baby boomer generation was already, mostly, aged 40 years and older. This means that it is the secondary generations, like Generation X, and our most recent generation of children that will have a 1000% greater exposure rate to these microwaves than previous generations. Given that most of the problems associated with microwave radiation takes years to develop, it is with great difficulty that any of the following issues can be directly related to microwave radiation without the test of time. The following is a list of proposed side effects of microwave radiation:

While these problems have been occurring naturally in humans for decades, the concept of increased exposure levels has yet to develop a framework for analysis due, in large part, to the short timespan in which BlueTooth, and cell phones have been in use. It is difficult to prove without reasonable doubt that there is indeed an increase in these so-called side effects that is directly owing to the increased exposure to microwave radiation.

However, this does not mean that studies have not been conducted. In fact, it has been proven that all wireless technology sends out microwave radiation. Furthermore, many of the issues listed above have been associated with long-term exposure to this type of radiation. Although this does not prove that microwave radiation is the direct cause of these conditions, it does show an undeniable link between the length and amount of radiation exposure and the frequency of these conditions. Other studies have shown that micro-radiation can impact the biological workings of the body and even impact DNA and RNA. In particular, using a Bluetooth headset or earpiece exposes the brain, ears, and eyes to close-proximity radiation.

Some studies have associated the use of Bluetooth headsets with:

The issue with cell phones and Bluetooth is that they were approved for consumer use without long-term pre-market testing, and only now are some of the dangers being noticed. A study by the SNIWL illustrated that cell phone users have a 240% increase in risk of developing brain tumors on the side of the their head that they most use their phone. Such stats are staggering, and may cause us to rethink our usage.

Cell phone companies are aware of these issues, and are working to provide safer devices that offer greater protection and lower radiation. However, many questions still remain unanswered, including: Will the children of today have a lower life span than previous generations given their increased exposure? The answer remains in the air, and only time will tell, but, for now, maybe hold off a few years before exposing your child to all the new-age tech-gadgets and provide them with some art supplies, enjoy the outdoors, like the generations before us used to. 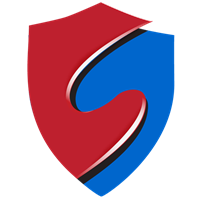 5 Pillars of Workplace Safety During COVID-19
1% Safer through Nudge Theory: Getting Desired Outcomes
9 Common Sources of Radiation in the Home and Workplace
5 Essential Exposure Limit Terms Worth Knowing
Noise: The Safety Hazard 22 Million Workers Are Exposed to Every Year
6 Personal Protective Equipment (PPE) Guidelines Every Employee Should Know