10 Reasons to Contest an OSHA Citation

Not every OSHA citation is worth contesting, but you might want to consider it if any of these 10 reasons apply to you.

In 2017, there were 32,396 federal OSHA inspections and another 43,551 inspections performed by state OSHA inspectors (see 12 Things to Do During an OSHA Investigation for advice on navigating these).

If you were one of the lucky businesses visited by OSHA and they found issues in your place of business, you probably received a citation. If you have already received an OSHA visit in 2018, you may be waiting to hear from OSHA, who has up to six months (from the start of the inspection) to issue a citation. Once a citation arrives, you have 15 days to act on it.

If you receive a citation, how would you handle it?

The Cost of an OSHA Citation

With a 2018 maximum penalty for either a Serious or Other-than-Serious Violation set at $12,934 (per citation), many companies will make an informal appeal to receive a reduction and then make long-term payments on the citation. This is typically because the cost of legal fees far outweigh the cost of the penalty.

While $12,934 is manageable, that is the amount per violation. It doesn’t take much to run up a $50,000 penalty for multiple violations.

Minor things like forgetting to use a seatbelt on a forklift, not using the right description on an OSHA 300 log, or using an extension cord for a permanent application instead of temporary application can all result in citations that cause an employer to lawyer up.

Employers cited for Willful Violations face penalties ten times higher. These are violations where OSHA believes the employer knew what it was supposed to do but made a conscious decision not to, and they come with a cost of $129,336 per violation.

The penalty for Repeated Violations is the same: $129,336 per violation.

For those of you with multiple locations, Repeat Violations are considered across the entire organization.

To make matters worse, what used to be a three-year look into the past for Repeat Violations changed to five years in 2016 and in February of this year, the Second Circuit Court of Appeals ruled that there is no statutory limitation on Repeat Violations.

Your Options for Dealing with a Citation

So how do you handle this?

When it comes to citations, you have three choices:

Believe it or not, not every OSHA citation is worth contesting. Often, the correct decision is to accept the citation or reach a settlement with OSHA at the informal conference. However, when costs start to add up, contesting may be the best decision for your company.

Safety Plus, Inc’s Ten Reasons to Contest an OSHA Citation

How do you know when to fight a fine instead of just paying it? Here are ten scenarios in which you might want to contest your OSHA citation.

There are certain procedural and substantive defenses required to overturn OSHA violations. The burden of proving a defense lies with the employer. If this burden can be met for the cited violation, think about contesting.

Where the cost of the citation becomes too burdensome, the financial stakes may be too high to not consider contesting the citation.

Where the citation mandates a costly abatement, or an abatement which requires business disruption, think about contesting.

It may be worth going through the Informal Settlement and if the result is not acceptable, think about contesting the citations.

If an Informal Settlement is not a viable option before the applicable deadline, contesting the citations may be necessary to preserve settlement as an option further down the line.

Previous citations can be cited by OSHA as a basis for later Willful or Repeat Violations. If a citation places an employer in OSHA’s Severe Violator Program, it increases the frequency of inspections. The risk of future OSHA inspections and citations can be a reason to think about a Notice of Contest.

State laws vary significantly, but some jurisdictions allow OSHA citations to be considered in personal injury litigation. The admissibility and relevance of the OSHA citation may help you to decide to contest it.

For many businesses, a reputation for safety in the workplace is an asset worth fighting to protect. An OSHA citation may be the basis for the loss of ongoing business, loss in reputation, or the loss of future business relationships. Inclusion in OSHA’s Severe Violator Enforcement Program can be especially damaging. For reputation alone, a Notice of Contest may be worthwhile (find out How to Look After Your Business' Safety Reputation).

Several states have statutes that authorize an increase in workers’ compensation insurance premiums based on safety and health violations. To keep your insurance costs reasonable, you could contest an OSHA citation.

A surprise visit from OSHA can be costly, but knowing when to contest violations can significantly reduce the amount your company pays after the visit. For more information, check out Safety Plus, Inc’s Webinar: “Managing Unexpected OSHA Visits, Part 3: What to do after the OSHA inspection.” 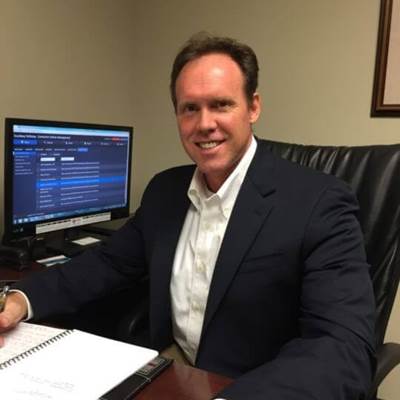 Gary Blake is the Vice President of Industrial Development at Safety Plus, Inc. He holds a degree in Industrial Technology for the University of Wisconsin and has worked in Safety and Logistics with Industrial, Maritime, and Construction companies throughout the country. In 2001 Gary began working with Safety Plus, Inc providing management services and assisting Owner Clients on preparing for regulatory audits with primary focus on OSHA-related issues. Over the past decade his focus has been on developing SPI’s Industrial Services Division with Safety Professional and Rescue Teams providing specialized services around the country. Gary has certifications in Safety/IH/Quality Control and is involved in multiple industry-related professional organizations. He is a father of two and currently resides in Mobile, AL with his wife Sue.

More from Safety Plus Inc.

12 Things to Do During an OSHA Investigation

The 6 Key Elements of an Effective Safety Program

Reimagining Contractor Qualification: How CQ Programs Can Better Ensure Compliance Down to the Employee Level